Florida supports both migratory birds that stopover within the Atlantic Flyway as well as resident birds, some of which are endemic.  All native bird species are protected under the federal Migratory Bird Treaty Act (MBTA), regardless of whether they migrate.  No intentional take of these birds, their eggs, nests, or young is permitted without proper authorization.  Habitat loss and habitat degradation continue to be the major threats to bird species in Florida.

Disturbance from human activities is a leading threat to nesting shorebirds and this can be partly minimized by protecting nesting areas with posted signs to prevent people and pets from disturbing a nesting colony by inadvertently getting too close.  Protection of beach nesting sites and creation of artificial habitat, such as placing shells or gravel on rooftops, can help improve nesting success. 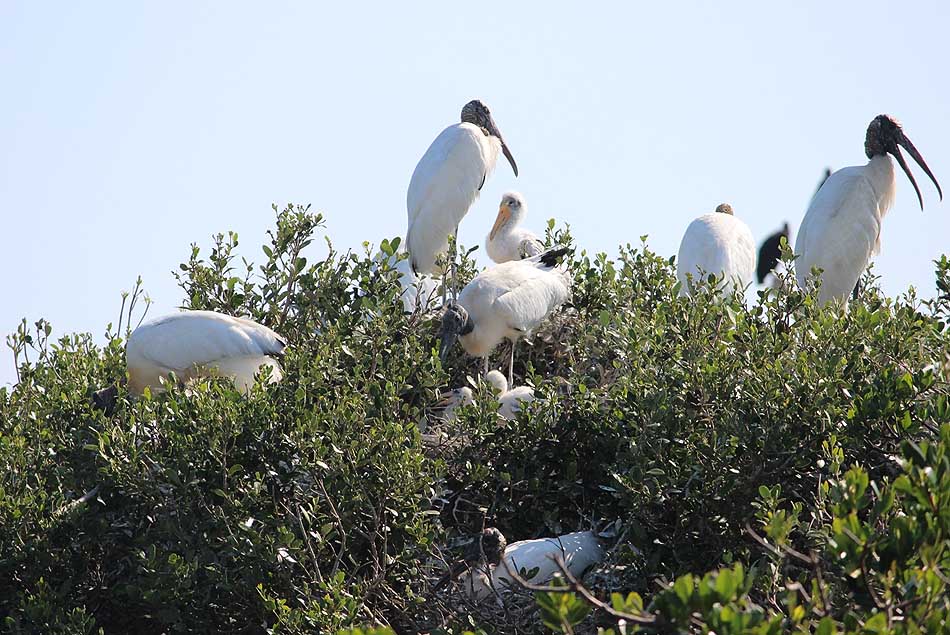 The wood stork (Mycteria americana, FT) can be found in a variety of freshwater and estuarine wetlands.  They are distributed across most of Florida and breed in large colonies from November to March.

Florida’s wading birds generally require fluctuating water levels to support their prey populations.  Habitat alteration, including changes to water quality and quantity, is a major threat that has resulted in loss of nesting habitat and foraging areas.  Human development has resulted in altered hydrology, water pollution, and an influx of exotic plants and predators that has led to declines in reproductive success of these species.

The Florida sandhill crane (Antigone Canadensis pratensis, ST) is a resident subspecies that occurs in peninsular Florida.   They inhabit grasslands and freshwater marshes, and breed from January through August. When cranes are nesting, activity within 400 feet of active nests should be avoided.

Florida also has an experimental, non-migratory population of whooping cranes (Grus americana) in central Florida. The release program in Florida was halted in 2008 due to survival and reproduction complications, including habitat loss due to development.

Cranes rely on open grasslands such as prairies, pastures, and marshes.  The main threats to cranes are habitat loss and degradation.  Cranes also die from car collisions and flying into power lines.

The Cape Sable seaside sparrows (Ammodramus maritimus mirabilis, FE) is a songbird exclusively found in Everglades and Big Cypress National Parks.  This species was originally listed due to its restricted geographic range. Changes in hydrology continue to threaten this subspecies.

Surveying for marsh bird species may be difficult due to the limited accessibility of marshes, as well as the cryptic nature of saltmarsh songbirds.  Recommended survey protocols can be found in the Species Action Plans. 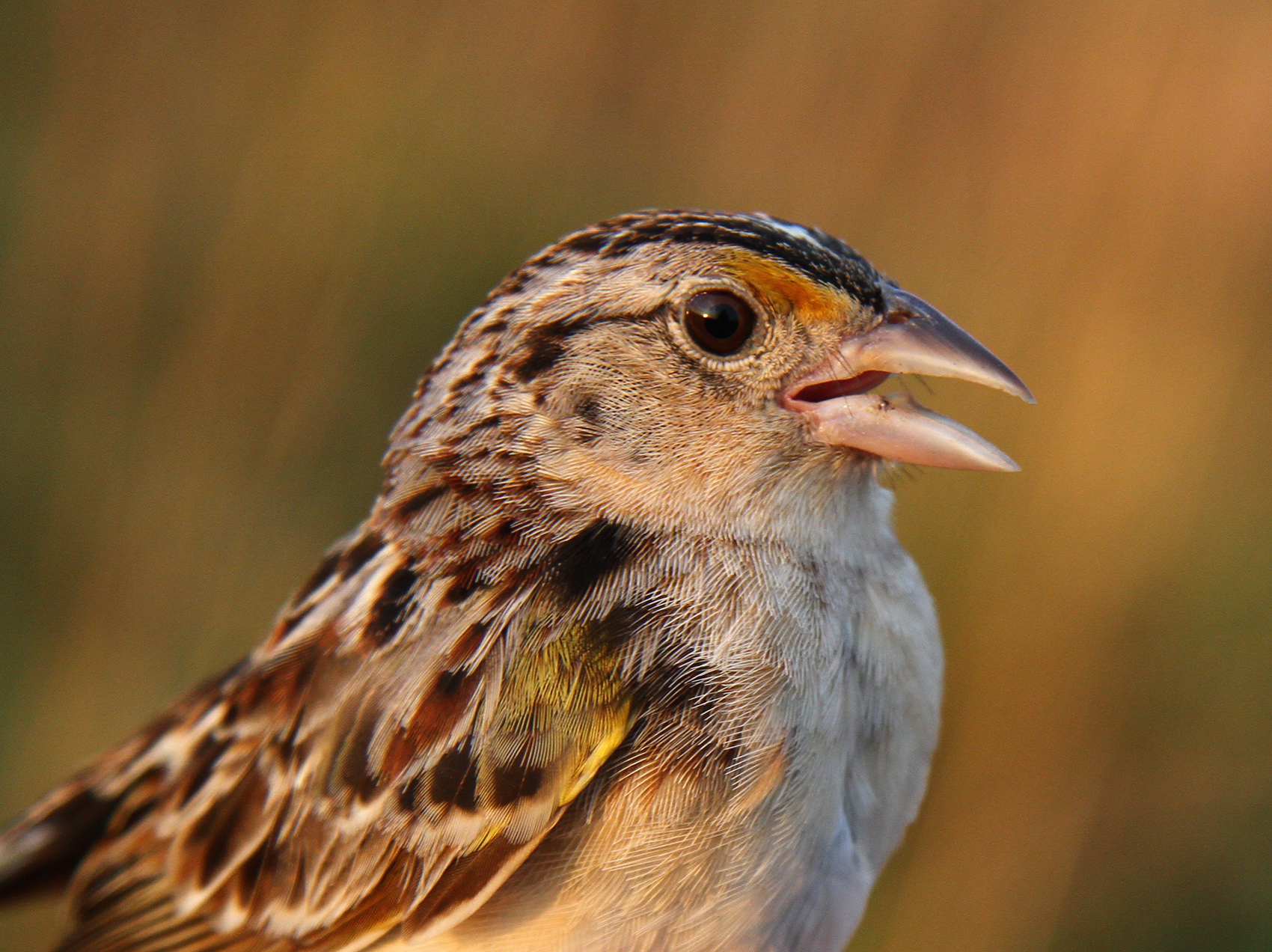 The Florida grasshopper sparrow (Ammodramus savannarum floridanus, FE) is a songbird found in the dry prairie region of central Florida.  They prefer early successional conditions with a mosaic of herbaceous grasses and low shrubs.  Males can be heard singing from late March to July with an insect-like buzz.

The Kirtland’s wood warbler (Setophaga kirtlandii, FE) is a songbird that migrates in the winter from Michigan to the Bahamas, and can be found in south Florida. 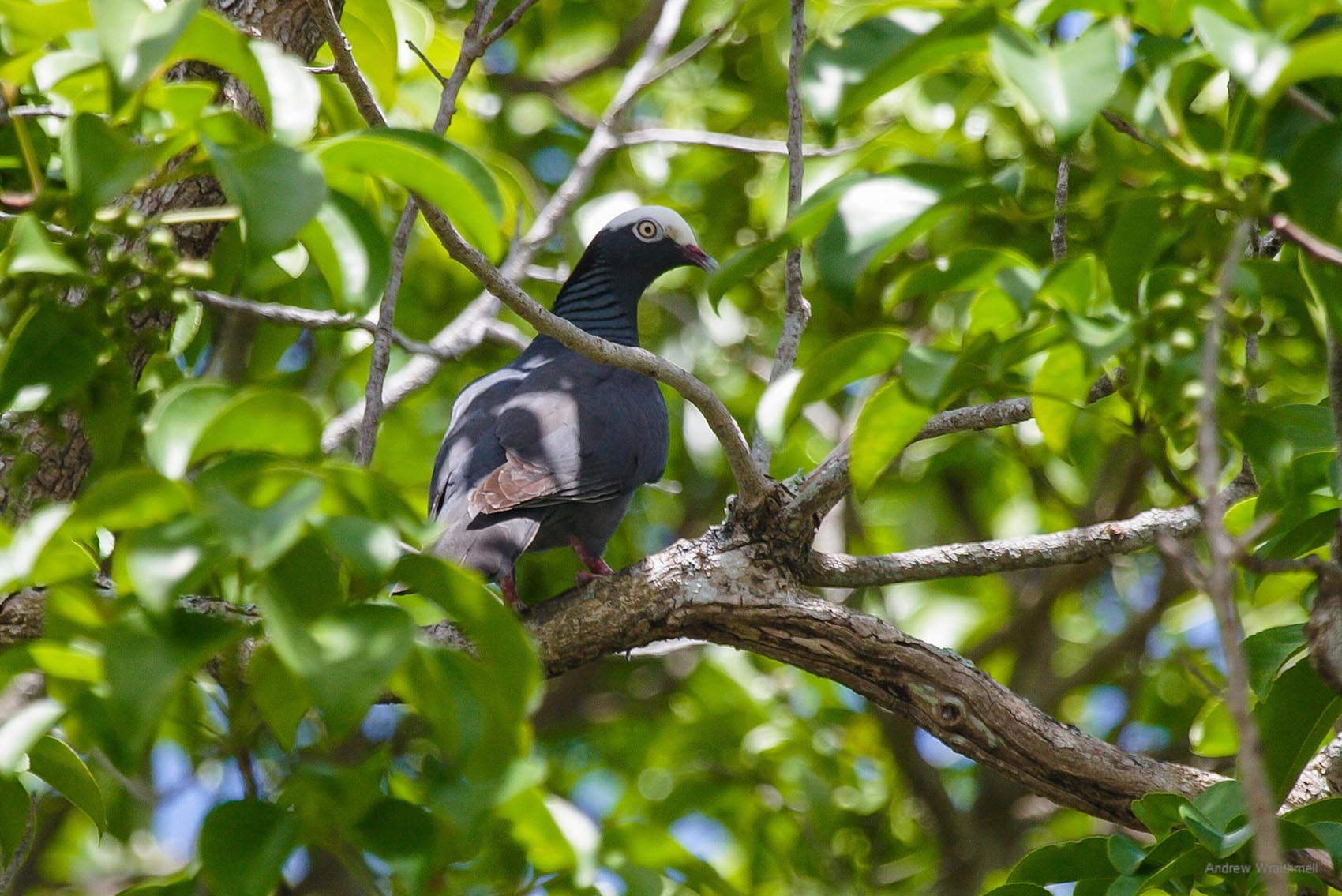 The White-crowned pigeon (Patagioenas leucocephala, ST) is found in extreme south Florida in low-lying forest habitats.  They are threatened by development and habitat degradation. 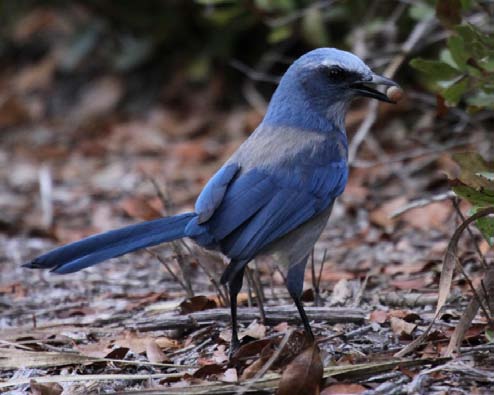 The Florida scrub-jay (Aphelocoma coerulescens, FT) is an endemic bird that inhabits scrub habitats in peninsular Florida.  They breed cooperatively, where the previous years’ young help raise new broods.  Scrub-jays breeding season is generally from March to June, and they typically nest in shrubby oaks about 10 feet off the ground.

The southeastern American kestrel (Falco sparverius paulus, ST) is a non-migratory subspecies of American kestrel that is found in Florida.  There are four clusters of kestrels across Florida occurring in the western Panhandle, Brooksville Ridge, Trail Ridge, and Lake Wales Ridge.  They primarily reside in sandhill habitats with open canopies and herbaceous groundcover.  They are secondary cavity nesters; thus, they rely on woodpecker cavities and other pre-existing cavities to breed.

The Florida burrowing owl (Athene cunicularia floridana, ST) occurs primarily in peninsular Florida in open habitats with low groundcover.  They spend most of the time on the ground, unlike other owls, and dig their own burrows.  They nest from February to July.  They have adapted to live in urban areas and agricultural fields.

The Audubon’s crested caracara (Polyborus plancus audubonii, FT) inhabits wet prairies in south and central Florida.  They generally nest from September to June, usually in cabbage palms.  The main threat they face is habitat loss from development and habitat conversion.  For information on buffer zones and other ways to avoid or minimize impacts to caracaras, refer to the USFWS Conservation Guidelines.

The Everglade snail kite (Rostrhamus sociabilis plumbeus, FE) is a raptor that feeds almost exclusively on apple snails.  They nest throughout the year, with highest productivity in February and July, in vegetation over water.  They are distributed across the Kissimmee Valley, St. Johns River headwaters, and in south Florida from the Lake Okeechobee area down to Big Cypress and Everglades National Park.  Primary threats to the species include loss of suitable wetlands and alterations to hydrology in their habitats.  For information on buffer zones and other ways to avoid or minimize impacts to snail kites, refer to the USFWS Conservation Measures.

Florida is among the top three states in number of bald eagles (Haliaeetus leucocephalus), which can be found throughout the state.  Their nesting season in Florida is generally from October 1st through May 15th.  They prefer to nest in native pines within 1.8 miles of water.  In 2007, bald eagles were removed from the USFWS endangered species list.  They are currently protected under the Bald and Golden Eagle Protection Act, Migratory Bird Treaty Act, and the Lacey Act that prohibit the unpermitted “take” of bald eagles, their nests, or their eggs.  If land use activities are proposed within 660 feet of an eagle nest, landowners are advised to consult with the USFWS to determine if a federal permit is required. 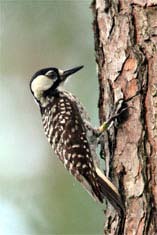 The red-cockaded woodpecker (Picoides borealis, FE) inhabits fire-dependent pine ecosystems and specializes in making cavities in old-growth, living pine trees for nesting and uses the sap to protect their cavities from predators.  Longleaf pine is believed to be preferred by red-cockaded woodpeckers for its fire-adaptations and high resin flows.  They are cooperative breeders who nest from March to July.

Loss of old-growth pine forests is the primary threat to the survival of this species.  Intensive historic logging and fire suppression has degraded most natural habitat to be unsuitable for red-cockaded woodpeckers.  Protecting old growth pine forests, reintroducing fire, installing artificial cavities, translocation, and partnerships with private landowners are among the conservation actions aimed at conserving these declining populations.