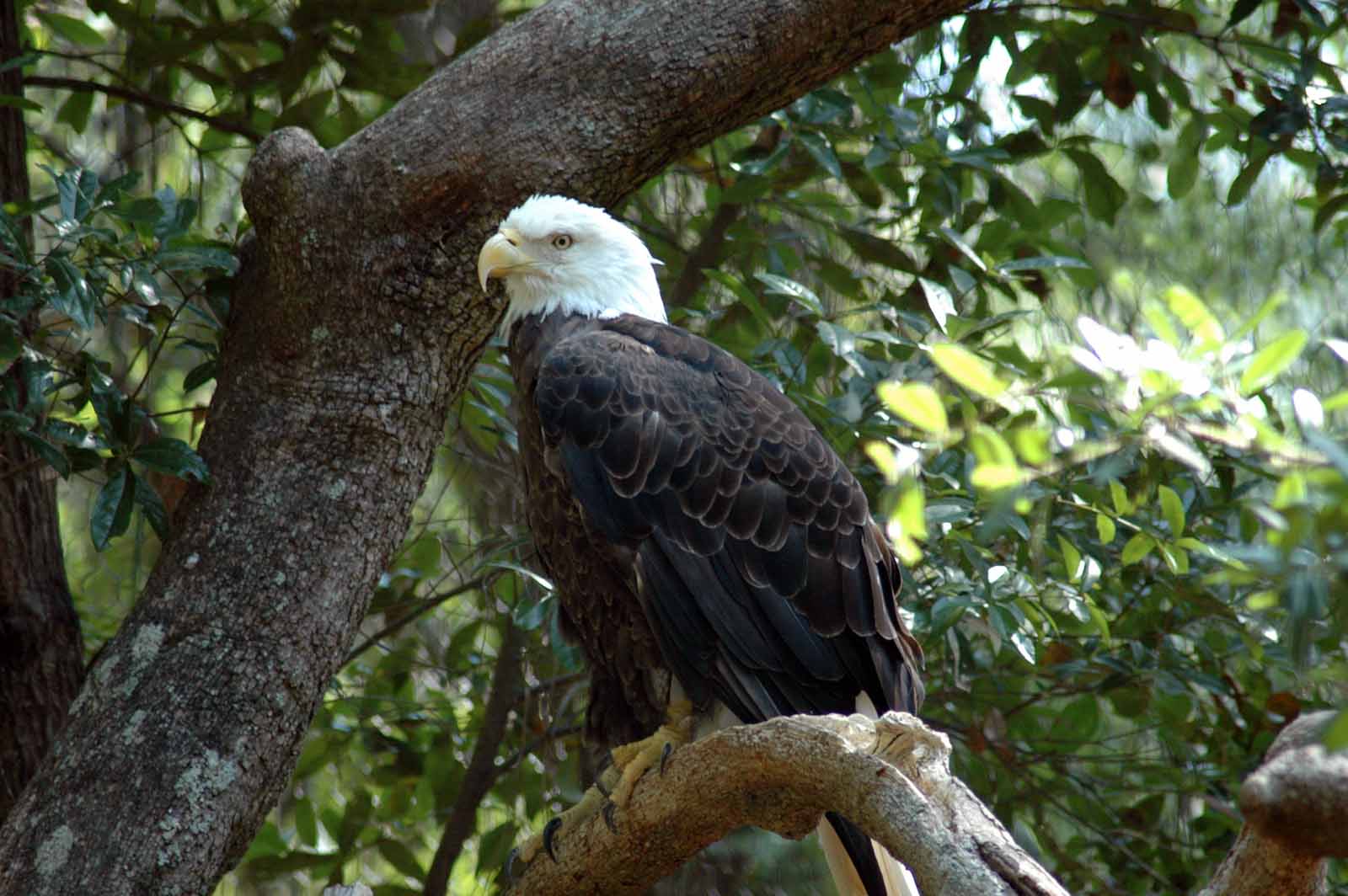 On April 20th, 2017, the Florida Fish and Wildlife Conservation Commission approved revisions to the state’s bald eagle rule (68A-16.002, F.A.C.). The approved rule revisions became effective in June, 2017, and eliminate the need for applicants to obtain both a state and federal permit for activities with the potential to take or disturb bald eagles or their nests. Under the approved revisions, only a federal permit is required. For permitting guidance, please see FWC’s eagle permit webpage.

The bald eagle, our national bird and a symbol of the United States, is a conservation success story. Today, Florida, has one of the densest concentrations of nesting bald eagles in the lower 48 states. While no longer listed under the U.S. Endangered Species Act or the Florida Endangered and Threatened Species rules, bald eagles remain protected by both the state eagle rule (68A-16.002, F.A.C.) and federal law.

The U.S. Fish and Wildlife removed the bald eagle from the federal endangered and threatened species list in 2007. The USFWS continues to manage eagles under the Bald and Golden Eagle Protection Act and the Migratory Bird Treaty Act. To learn more, visit the USFWS eagle website.

To report a new or previously undocumented bald eagle nest, email the nest location and available photos of the nest to BaldEagle@MyFWC.com.

If you find a dead or injured bald eagle, contact the FWC’s Wildlife Alert Hotline at 888-404-3922 or a local wildlife rehabilitator for assistance. 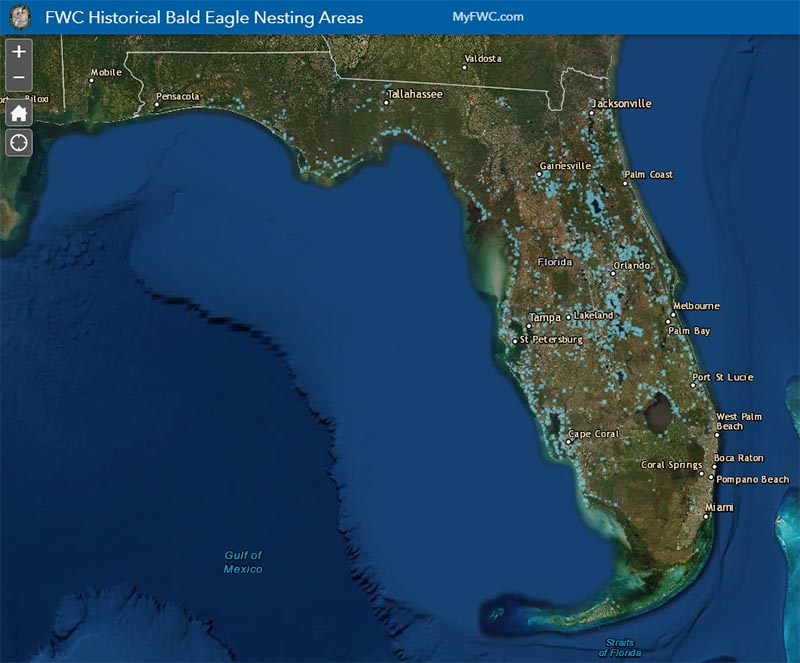 Federal Guidelines for Activities near Nesting Bald Eagles: A self-guided key that allows you to determine if activities are likely to disturb eagles and whether a federal permit is needed. Federal permits are always required for removal of a bald eagle nest.

There are other resources about bald eagles on FWC's Volunteer Partnerships webpage. There you can learn more about Audubon's EagleWatch program and resources, including a map with current nest information and opportunities to volunteer.