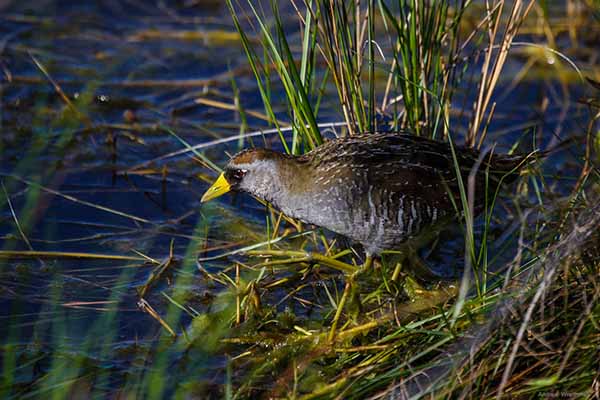 Look for the sora rail in the marsh surrounding the St. Johns River. 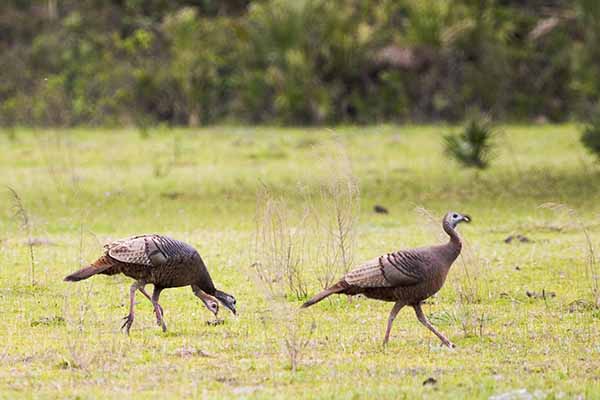 With its location on the St. Johns River and the variety of wetlands and uplands, Tosohatchee is on the Great Florida Birding and Wildlife Trail and offers outstanding wildlife viewing opportunities. Don't miss the unpaved Power Line Road that runs east and west, ending at the St. Johns River. This raised roadbed passes through sand cordgrass marshes and provides excellent views. Vultures perch on the powerline stanchions, while herons, egrets, ibises, limpkins and wood storks regularly congregate in ditches and wetlands. Raptors such as bald eagles, ospreys, red-shouldered hawks, owls and kestrels, nest and hunt here. Rails, ducks and purple gallinules frequent the marsh surrounding the St. Johns River.

Watch for brown-headed nuthatches, northern bobwhites and warblers in the flatwoods on the northern and southern ends of the property. Miles of rustic trails offer good opportunities to spot migratory songbirds. Look for white-tailed deer and wild turkey in woodland edges or clearings. Swallow-tailed kites are often spotted in flight over open areas in spring and summer. Autumn and spring blooms in wetlands and roadside ditches attract numerous species of butterflies. Request a copy or download the Tosohatchee WMA bird checklist .

Join our Tosohatchee WMA Florida Nature Trackers project to add observations of the plants and animals you see.

Add your bird observations to the Tosohatchee WMA eBird Hotspot.

The elusive wild turkey is a highly prized game bird known for its thunderous gobbling and its spectacular eyesight. Turkeys are not strong fliers and spend much of their time on the ground, hunting for acorns, seeds, fruits, insects, leaves and small vertebrates. They are wary birds and will run to escape danger or fly to a tree. They prefer open forests and forest edges and, except for the Keys, occur throughout Florida in suitable habitat.

An adult male wild turkey is heavy-bodied and larger than the female. The skin on its featherless head is blue and it has red wattles on its throat and neck, a dark beard on its breast, and shiny brownish-bronze iridescent feathers. The female is slimmer and duller, lacks the red wattles, and usually does not have a beard. During courtship displays, the male struts, fans out its tail and gobbles. After mating, the hen scratches out a shallow depression, hidden in taller brush or beneath a shrub, and lines the nest with grass and dead leaves.

By the early 1900s, wild turkeys suffered major population declines from over-hunting and habitat loss. Through habitat restoration and reintroduction into suitable habitat, the population of wild turkeys has increased. Today, the major threats facing the wild turkey population include the loss of wooded habitat and disease transmission from domestic poultry.