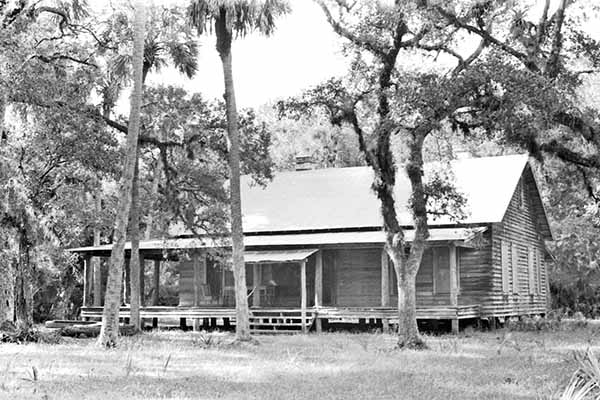 The St. Johns River has long been a source of food and shelter for humans. At the time the Europeans arrived in the sixteenth century, the Timucua occupied the region, fishing, hunting and farming. In the 1700s, naturalist William Bartram explored the river, noting its abundant wildlife and natural features.

In 1837, two years into the second Seminole War, General Thomas S. Jesup sent a Cherokee delegation to meet Seminole leaders to try to persuade them to surrender. The meeting was supposed to take place at Chicken Creek, on the west bank of the St. Johns River. The Seminole name for the meeting location was "Totalousy Hatchy," apparently a corruption of "Tootoosahatchee," also called Fowl Town, or Powell's Creek. The two tribes met farther south at Chickasaw Hatchee, present-day Taylor Creek. The Cherokee Chief met Seminole Chief Micanopy and unsuccessfully urged the Seminoles to accept removal to Oklahoma. The following month, the Seminoles came to Jesup's camp to negotiate. General Jesup had Micanopy, three other chiefs and 78 warriors seized under a flag of truce. The government’s duplicity is the reason that the Seminoles never did agree to surrender.

In more modern times, the north-flowing St. Johns River became one of Florida's first tourist attractions. At one period, 300 paddle wheelers traveled the river, carrying hunters, sightseers and cargo to and from numerous settlements along its shores. The old pasture at the end of Beehead Road marks Tosohatchee's cattle ranching days, dating from the early 1900s. From 1925 until 1977, ranching was replaced by hunting, managed by the privately-owned, non-profit Tosohatchee Game Preserve, Inc., a family style outdoor club. The state acquired the property from the Tosohatchee Game Preserve Corporation in 1977. William Beardall, who served as mayor of Orlando from 1940 to 1952, was the club's last president. The club had resisted outside pressures for logging and development of the site, and the sale fulfilled a goal of the club's founders  to preserve and protect the Tosohatchee property. In 1993, the Beehead Ranch House was moved to the Fort Christmas Historical Park, operated by the Orange County Parks and Recreation Department, where it was restored and opened to the public. In 2006, management of Tosohatchee was transferred from the Department of Environmental Protection to the Florida Fish and Wildlife Conservation Commission.