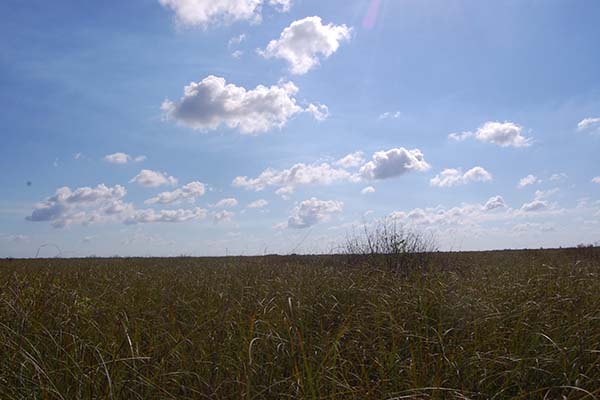 Habitats provide the food, water, shelter and space animals need to thrive and reproduce. Sawgrass marsh is by far the most prevalent natural community in Holey Land, but sloughs, wet prairies and tree islands also occur here and are critically important habitats for wildlife.

Few natural tree islands remain in the area.  In the early 1970s, 54 artificial islands were constructed to improve deer habitat.

Drainage, drought, and decreased hydroperiod (amount of time water covers the land) have caused loss of organic soils in the Holey Land WMA as well as in other parts of the Everglades. Under natural wet conditions, the bacteria living in the remains of the plant cannot get enough oxygen to completely decompose the plant material, and organic soil accumulates. When the water is removed, so is the barrier between oxygen in the air and bacteria in the soil. As a result, the bacteria now become extremely active and in essence consume the soil. Dry organic soils, which burn easily and rapidly, are further lost through fire.

Portions of Holey Land have experienced an explosion of cattail growth since water levels were restored in 1991. Cattails often replace sawgrass in areas where water is high in nutrients. Agricultural runoff is generally the source of increased nutrients in the Everglades. 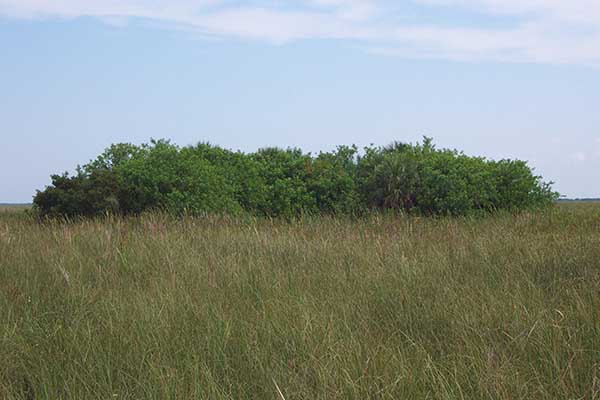 Florida Fish and Wildlife Commission (FWC) biologists conduct annual surveys to determine the extent of cattail in the area and work with state and federal agencies to improve the quantity and quality of water flow. An operations plan is used to guide water management on the area, and the FWC also provides ecological water management recommendations to the South Florida Water Management District. One of the goals of the plan is to reduce cattail coverage in the area.  Although a native species, cattails choke out open-water habitat vital to alligators, wading birds and waterfowl. 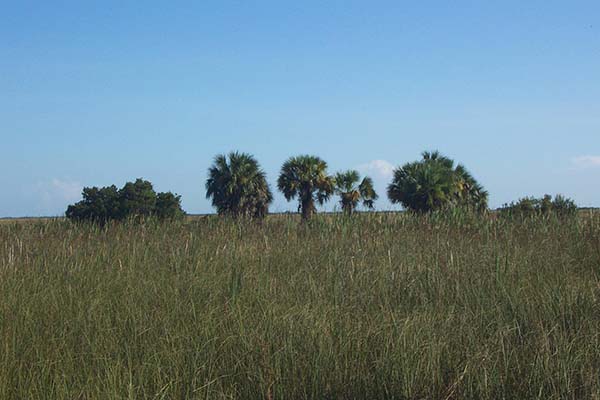 Tree islands comprise only a small portion of the management area, but their restoration is essential to the health of the Everglades ecosystem. In the past, drainage and hydrological isolation led to the degradation of the area’s tree islands and other natural communities. The FWC conducts tree island restoration activities that include treating and removing nonnative, invasive vegetation and planting native trees and shrubs. These management activities, along with prescribed burning, result in improved wildlife habitat.

In addition to the management work described here, biologists with the FWC rely on a wide range of techniques to ensure that natural areas throughout the state stay healthy for wildlife and inviting to visitors.