Many of these species are difficult to detect through traditional survey techniques because they are cryptic, burrowing, or only seasonally conspicuous.  Methods to survey for these species include dip-netting for tadpoles and conducting call surveys at breeding ponds. 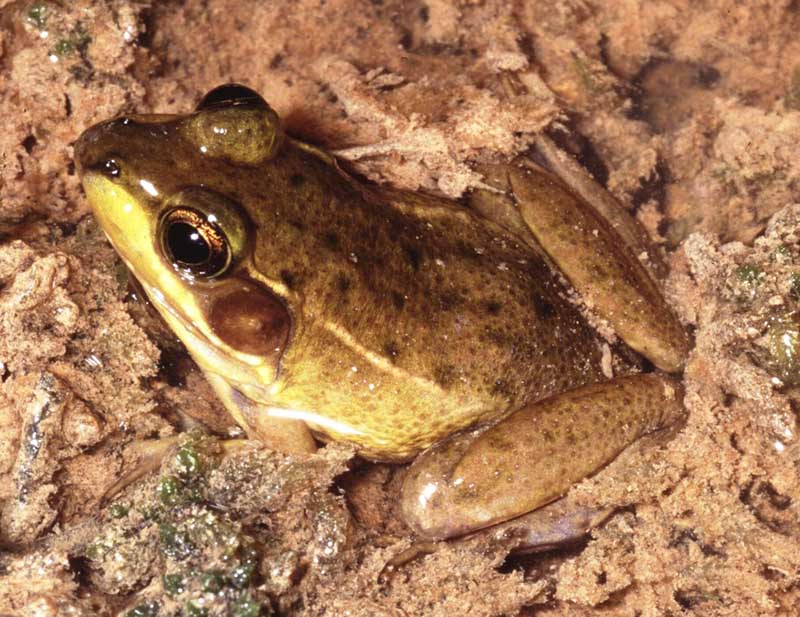 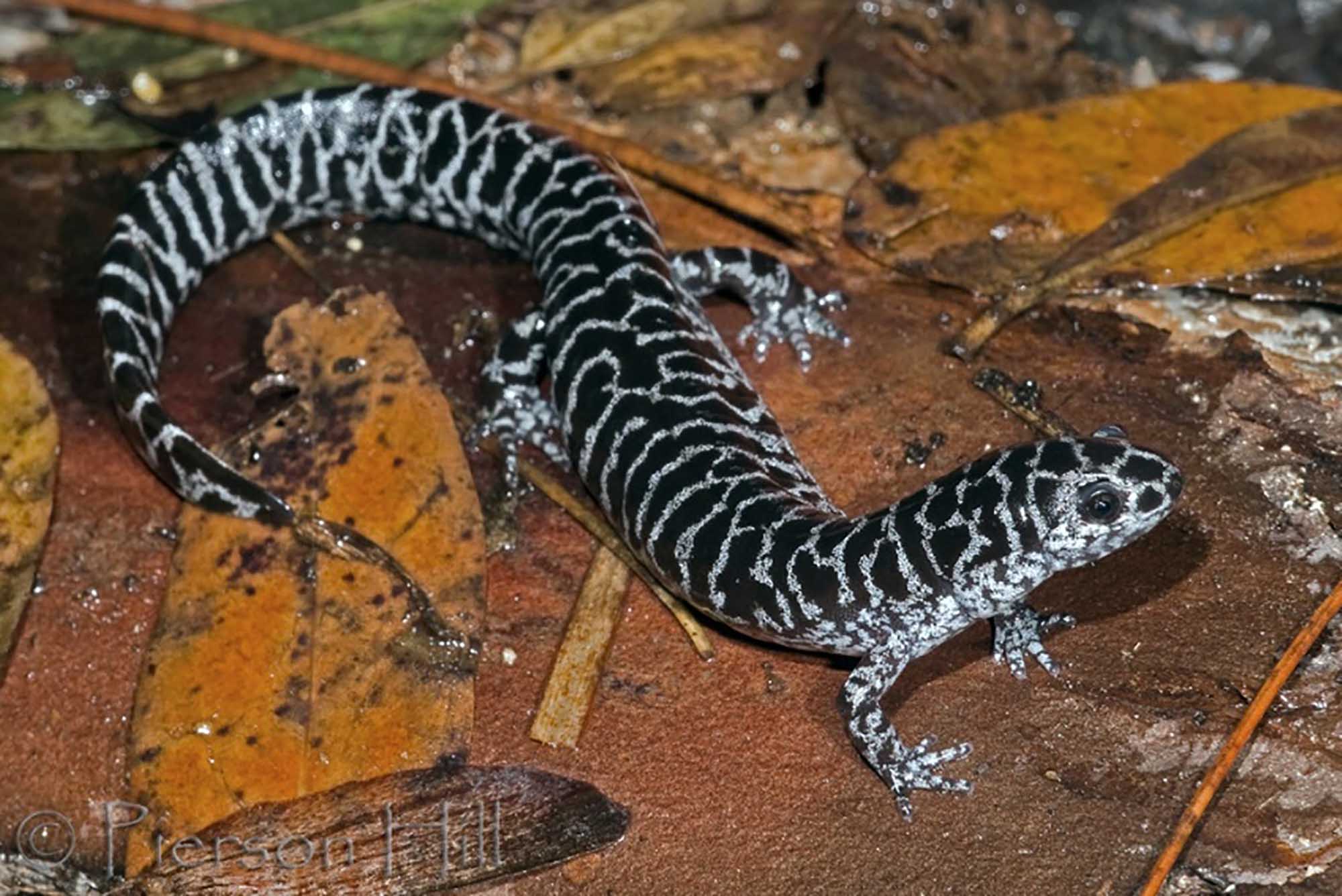 The flatwoods salamander has been identified as two distinct species: frosted (Ambystoma cingulatum, FT) and reticulated (Ambystoma bishopi, FE). Both species reside in longleaf and slash pine flatwoods where there is a diverse herbaceous groundcover, but they occupy different geographic regions.  Reticulated flatwoods salamanders reside in the western panhandle, whereas the frosted salamanders reside east of the Apalachicola River.

The main threats to these species are habitat loss and degradation.  Flatwoods species require ephemeral ponds for breeding.  Altered hydrology and land use changes remove these habitats from the landscape and pose significant threats to the success of these species.   Survey methods for these species primarily involve dip netting and drift-fence surveys.

Many of these species are difficult to detect through traditional survey techniques because they are cryptic, burrowing, or only seasonally conspicuous.  Rule 68A-25.002: General Provisions for Taking, Possession, and Sale of Reptiles provides protections to all reptiles in Florida.

The sand skink (Neoseps reynoldi, FT) is a burrowing lizard that is endemic to central Florida and uses xeric habitats with open sandy patches, such as rosemary scrub, scrubby flatwoods, sand pine and oak scrubs, and turkey oak ridges.  They are most active during the breeding season from March through May.  The primary threat to this species is habitat loss.

The bluetail mole skink (Eumeces egregius lividus, FT) is a lizard found in Highlands, Polk, and Osceola counties in central Florida.  They burrow in loose sand found in xeric habitats.  Their main threat is habitat loss from agricultural, residential, and commercial development.

Coverboards and pitfall traps are the suggested methods of surveying for these species.  Avoiding occupied skink habitats is the best way to minimize and avoid potential impacts.  This includes limiting road access and activities that cause soil compaction surrounding these areas.  For more information on avoidance, minimization, and mitigation, please refer to the USFWS Conservation and Consultation Guide. 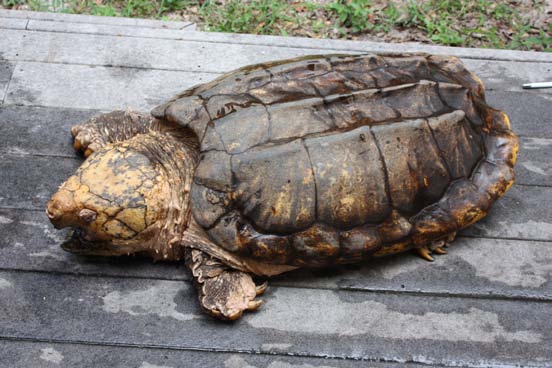 The Barbour’s map turtle (Graptemys barbouri, ST) is a smaller turtle with distinct ridges going down the central portion of the shell.  Females can be quite large and lack the distinct ridges characteristic of males and juveniles.  They are mostly found in the Apalachicola River System, but observations have also been made in the Ochlockonee and Choctawhatchee river systems.

These species use riparian areas for nesting between April and September.  The main threats to these turtles are pollution, illegal take and habitat destruction such as channel dredging and impoundments.  During the nesting season, sand mining and off-road vehicle use should be avoided in the areas surrounding these waterbodies to reduce disturbance to these animals.  Additional conservation measures include enhancing water quality and maintaining sandy beaches, berms, and surrounding uplands for nesting.  Survey methods for these species include baited hoop traps, hand-capture, and visual observations of basking turtles. For more information, refer to the species’ profiles. 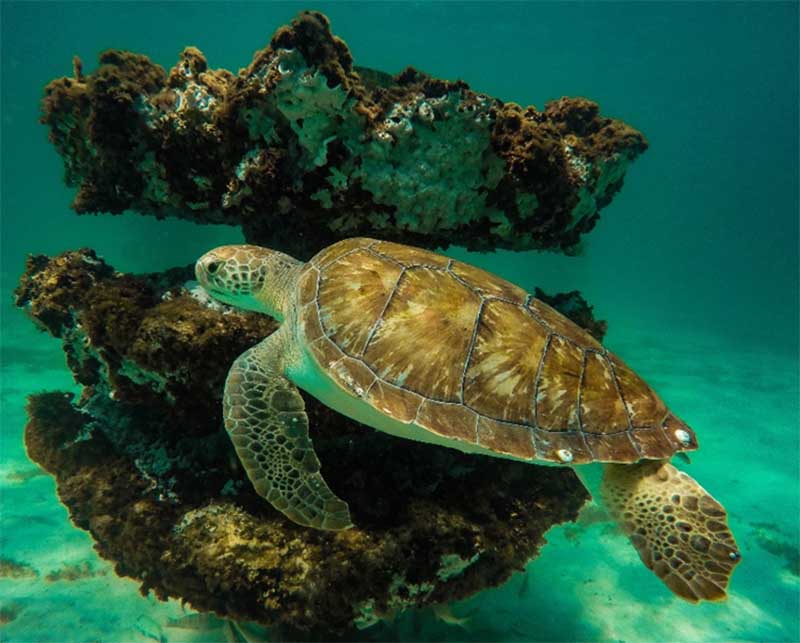 There are five federally protected species of sea turtles, the green (Chelonia mydas, FE), loggerhead (Caretta caretta, FT), Kemp’s Ridley (Lepidochelys kempii, FE) Hawksbill (Eretmochelys imbricate, FE) and leatherback (Dermochelys coriacea, FE) sea turtles, that can be found along the coastal waters and beaches of Florida.  The nesting season for sea turtles varies across geographic regions and species, but generally it begins May 1st at the start of loggerhead nesting and ends October 31st when most nests have hatched for each species.

To protect turtles during nesting season, minimize the amount of artificial lighting along the coast, remove equipment from the beach that may deter nesting attempts, properly dispose of garbage, and do not disturb nesting turtles, hatchlings, or their nests. 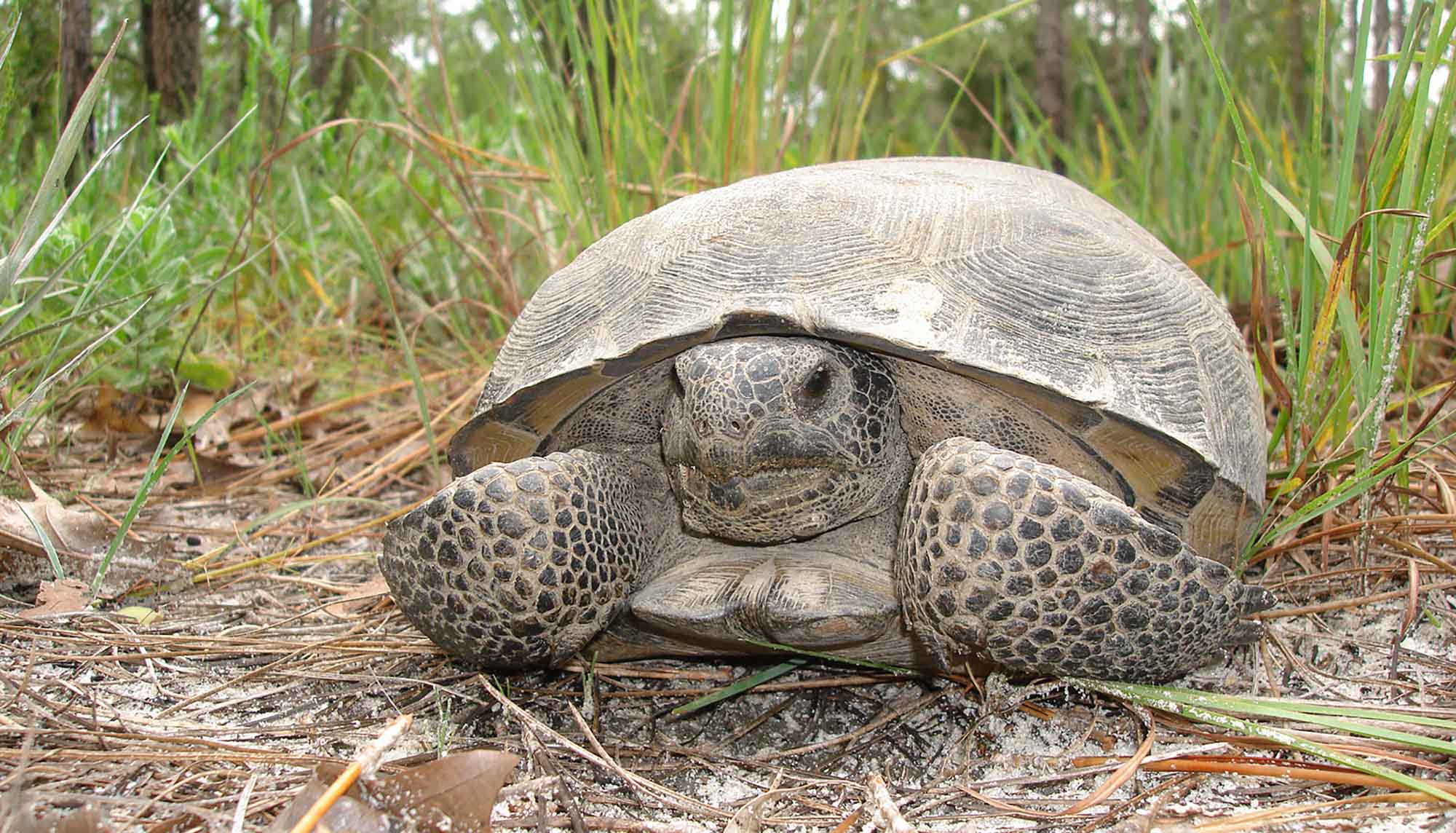 The gopher tortoise (Gopherus polyphemus, ST) resides in upland habitats throughout Florida. They dig deep burrows in well-drained sandy soils to escape adverse weather conditions.  These burrows may be used by up to 350 other species, making them an important habitat feature for the survival of said species. The primary threats to gopher tortoises are habitat loss and degradation.  The conservation goals for the state are to minimize the loss of gopher tortoises, manage and protect their habitat, and maintain their role as a keystone species.

The short-tailed snake (Lampropeltis extenuata, ST) is endemic to peninsular Florida and prefers dry upland habitats with well-drained sandy soils.  Major threats to this species are habitat alteration due to development, agriculture, and silviculture.

The Florida pine snake (Pituophis melanoleucus mugitus, ST) is a large snake that inhabits dry upland habitats with well-drained sandy soils.  They use burrows of other animals, most notably those of pocket gophers (Geomys pinetis), to forage, nest, and escape adverse weather conditions.  The species is currently threatened by habitat degradation due to fire suppression and population declines of other burrowing species such as pocket gophers and gopher tortoises.

The Florida brown snake (Storeria victa, ST) inhabits hardwood hammocks in the Lower Keys on Big Pine, Little Torch, Middle Torch, No Name, and Sugarloaf keys.  Their full distribution is from Georgia to the Keys; however, only the Lower Keys population is state-designated Threatened.

The rim rock crowned snake (Tantilla oolitica, ST) is endemic to extreme Southern Florida and the Florida Keys in pine rocklands and tropical hardwood hammocks.  It is a burrowing species typically found in solution holes, but can also be found in stumps, detritus, fallen logs, and beneath rocks.

The Atlantic salt marsh snake (Nerodia clarkii taeniata, FT) is a keeled water snake found only in the brackish marshes of Volusia County, and possibly neighboring coastal counties.  They are adapted to living is salt water areas and often use fiddler crab burrows as refugia.  Their primary threat is habitat degradation and alteration due to wetland drainage and coastal development.

The eastern indigo snake (Drymarchon corais couperi, FT) is a large snake that uses a variety of habitats, but prefers upland areas, and will use burrows for foraging nesting, and refugia. The most effective way to survey for these species are through drift fence arrays and coverboard surveys.  However, due to the considerable bycatch from these techniques, surveys are not recommended unless in conjunction with the USFWS or the FWC.

The American alligator [Alligator mississippiensis, FT(S/A)] is a federally protected species due to its resemblance to crocodiles and is regulated by the FWC for harvesting, farming and processing. They can be distinguished from crocodiles by their broad snouts and lack of visible lower teeth when their jaws are closed.  Courtship begins in early April, nesting occurs in late June or early July, and hatching occurs from mid-August through early September.

The American crocodile (Crocodylus acutus, FT) is found in south Florida’s brackish and saltwater areas, primarily in mangrove swamps.  Courting can be observed beginning in January and nesting for crocodiles occurs from late April to May.  Threats to the species include habitat alteration, human disturbances, and illegal hunting.  To survey for crocodilians, night shining or aerial surveys are suggested.