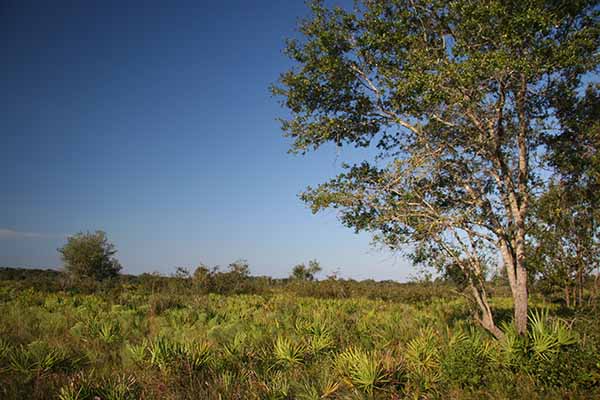 Habitats provide the food, water, shelter and space that animals need to thrive and reproduce.  Several natural communities typical of central Florida provide habitat for the wildlife and fish at Three Lakes.

A substantial portion of the Three Lakes Wildlife Management Area south of CR 523 is part of the central peninsular Florida dry prairie ecosystem. The landscape is a mosaic of dry and wet prairie, ephemeral depression ponds and marshes, mesic (moist) flatwoods, hammocks, and cypress ponds and sloughs. Diversity, both in plant and animal life, distinguishes Florida's dry prairies from the vast grasslands of the Great Plains of North America and the steppes of Asia.

North of CR 523 the majority of the habitat is pine flatwoods, interspersed with ephemeral depression ponds and marshes and dome swamps and sloughs. Patches of scrub, scrubby flatwoods and sandhill are found on higher land between the Florida Turnpike and US 441. 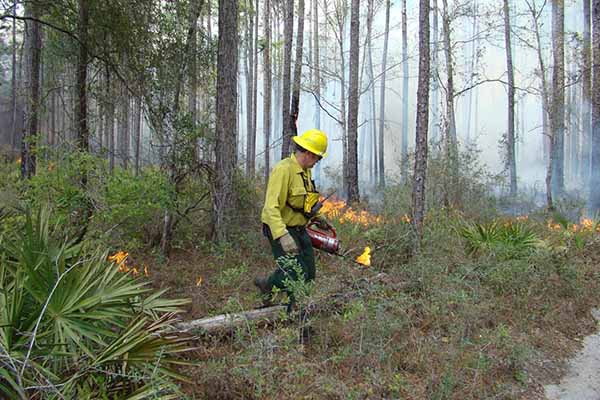 Prescribed fire is a critical tool for managing the dry and wet prairies, scrub, scrubby flatwoods and the mesic flatwoods on Three Lakes. Plants and animals within these natural communities are adapted to and sustained by fire.

For example, the Florida grasshopper sparrow, a federal and state listed endangered subspecies that is dependent of the prairie habitat, rarely nests in areas that have not been recently burned (within 2.5 years). The sparrow is usually found in areas that have been burned within 1.5 years. Wiregrass, a common dry prairie ground cover, won't flower and seed unless it burns during spring or summer.

Historically, fires were most frequent in the spring and early summer at the onset of the lightning season. The managers of Three Lakes conduct prescribed burns between January and August. The WMA is divided into small burn units that are burned at different frequencies, although all are burned at least once every three years.