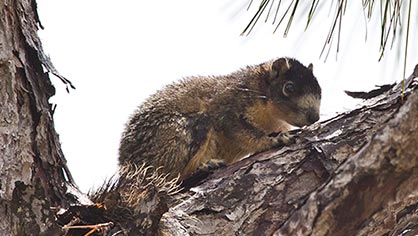 Wildlife viewing is best in the morning hours on non-hunting days January through March and August through October. Hunting is most intense November through early January. Be prepared for hot, buggy conditions in June and July. From the Indigo Road trailhead, walk one or both of the hiking trails. Gopher tortoise and southern fox squirrel are found on the area. Birders will enjoy numerous songbirds and the lucky visitor might see a bear track.

Add your bird observations to the Chassahowitzka WMA eBird Hotspot.

Prior to the 20th century, up to 12,000 black bears roamed Florida. Over time, bear numbers greatly declined, mostly due to habitat loss. What was once a single, large population of bears was reduced to several smaller subpopulations, largely isolated by surrounding roads and development. Vehicle collisions are the leading known cause of death for bears in Florida.

Bears living in and around this wildlife management area are one of seven remaining bear subpopulations in Florida.  While most subpopulations have grown and expanded, long-term research suggests that only about 20 Chassahowitzka black bears remain today.

Small, isolated subpopulations such as this one face a higher risk of extinction than larger subpopulations. Their continued health and survival depend on their ability to move freely and connect with other bears. The Florida Fish and Wildlife Conservation Commission works with other public and private landowners to establish habitat connections across larger spans of the Florida landscape. The result will benefit not only the Florida black bear and many other wildlife and plant species that share the same habitats, but the many Floridians who appreciate them.

Florida black bears are solitary, reclusive and wander widely. They thrive in habitats that offer year-round food, secluded denning areas and some degree of protection from humans. Thousands of acres of hardwood swamps and cypress domes, hammocks and sandhills at Chassahowitztka are managed by biologists to provide diverse habitats for black bears and other wildlife. 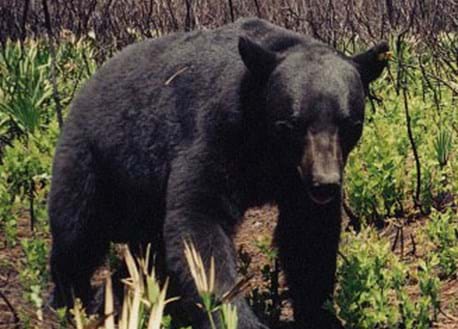