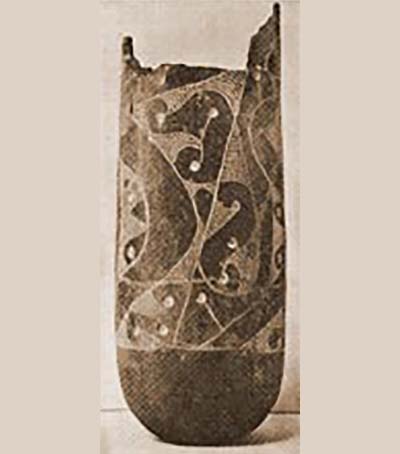 Thousands of years before Europeans arrived, Native Americans hunted, fished, and gathered wild plants along Florida's Gulf coast. Evidence of several Native American campsites has been found within Chassahowitzka on the same high and dry ground used as camps by 20th century hunters. The swamp itself was doubtless as inhospitable a habitation site for Native Americans as it is for modern Floridians. Within Chassahowitzka is Indian Bend, a Weeden Island (A.D. 300 - A.D. 1300) burial mound excavated at the turn of the century by C.B. Moore. Indian Bend yielded primary and secondary burials as well as check-stamped pottery.

In 1528 the Panfilo de Narvarez expedition traveled north from Tampa Bay several miles inland from the coast, perhaps along the sand ridge bordering the eastern edge of the Chassahowitzka swamp. 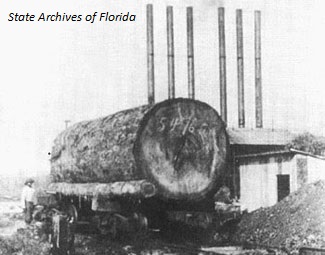 Although no encampments or other sites have been found, the Seminole Indians were known to have been in the area during the Second Seminole War (1835-42). They gave the region the name Chassahowitzka, meaning "pumpkin hanging place." The pumpkin referred to was a small climbing variety that is now rare and perhaps even extinct.

In the early 1900s, virgin bald cypress was harvested in the swamp. Southern red cedar, used to make pencils and cigar boxes, was logged after the marketable cypress was removed. A vast tram system was constructed for mules to haul timber from the swamp to a railroad in Homosassa. Many of the trams still remain and today are used by hunters, bikers, hikers, birders and nature photographers. 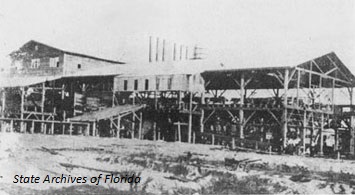 Between 1910 and 1922, Tidewater Cypress operated a lumber mill at Centralia, a town of 1,500 laborers and their families. The town had a well-stocked commissary, school, restaurant and even a theater, doctor and dentist. The mill, one of the largest in the state, could produce 100,000 board feet of lumber each day during peak periods. By 1938 even the railroad ceased operation, and Centralia became a ghost town.

In 1985 land for Chassahowitzka was purchased from the Lykes Brothers and the Turner Corporation as part of Florida's Conservation and Recreation Lands (CARL) program. In 1988, another 150 acres was added to compensate for the loss of red-cockaded woodpecker habitat in Marion County. In 1996, the first portion of the Weeki Wachee tract was purchased. The Seville and Annutteliga Hammock tracts east of Highway 19 were purchased in 1998 and provide an upland buffer for coastal lands as well as a geographic link to the Withlacoochee State Forest. In 2000, the FWC approved purchase of an additional 720 acres.