A birding hot spot in southwest Florida, Babcock/Webb is home to numerous resident and migratory, birds including the peregrine falcon, bald eagle, wood stork, wild turkey, Bachman’s sparrow, burrowing owl and brown-headed nuthatch. A variety of warblers are common during the winter. This area is a stronghold of the eastern bluebird and many other birds whose habitat has been lost to development. Babcock-Webb’s open stands of slash pine flatwoods are home to colonies of the federally listed endangered red-cockaded woodpecker. Their cavity trees are marked with a white-painted ring. Other highlights of this property include American and least bitterns, king rail, sedge wren and many more.

The canal along the Seaboard Grade is a good place to look for wood storks and wading birds of various types, as well as alligators. Sandhill cranes are frequently found in the field west of the shooting range.

The extremely rare Florida bonneted bat (Eumops floridanus), listed as endangered by the FWC, is one of the rarest mammals in North America. This bat is distinguished by its large size (4.9 inches to 6.5 inches) and unusual ears. It roosts in palms, tree cavities and buildings, and forages for insects high in the air.

Utilizing recent audio recordings throughout the WMA has provided evidence of its continued existence on the area and in several south Florida counties. Currently, GPS technology and other methods are being used to examine its habitat use and food habits. 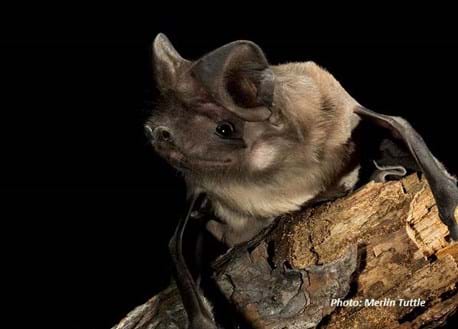