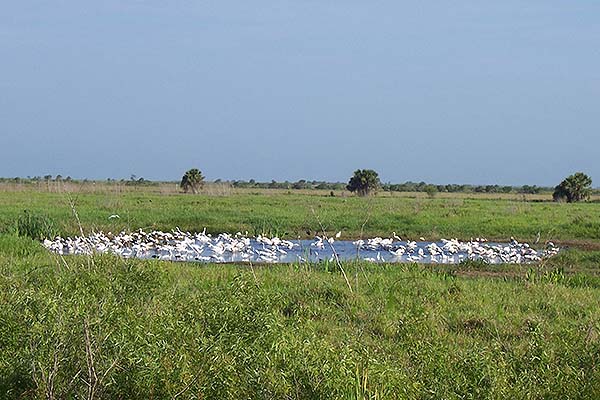 Check out other species recorded from T.M. Goodwin Waterfowl Management Area, or add observations of your own, by visiting T.M. Goodwin Nature Trackers Project.

Florida’s mild temperatures and abundant wetlands attract thousands of wintering waterfowl. One of the more common species spotted on the state’s lakes and waterways is the ring-necked duck, a medium-sized duck that breeds in Canada and the northern United States but migrates south in the fall to wintering areas throughout the southern United States, Mexico, Central America and the Caribbean. “Ring-necked” refers to a fairly inconspicuous feature, a faint brown ring at the base of the male’s neck.

Although classified as diving ducks, ring-necked ducks like to forage in relatively shallow water and will feed on or near the water’s surface like dabbling ducks when aquatic plants such as hydrilla are within reach. When diving for food, ring-necked ducks propel themselves with their feet and search for seeds and other plant parts and the occasional snail, clam and aquatic insect.

To identify a ring-necked duck in a large raft of waterfowl, look for a bird with a peaked head and angular profile and a bill with a bold white band behind a black tip. The male has a second white ring at the base of the bill. Like other ducks, plumage varies according to age, sex and season. 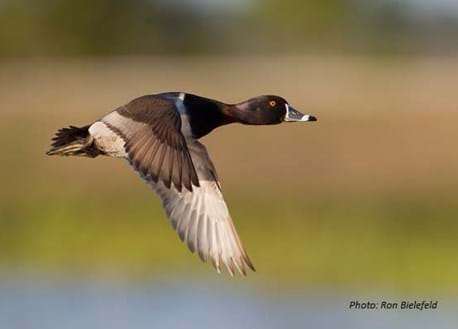