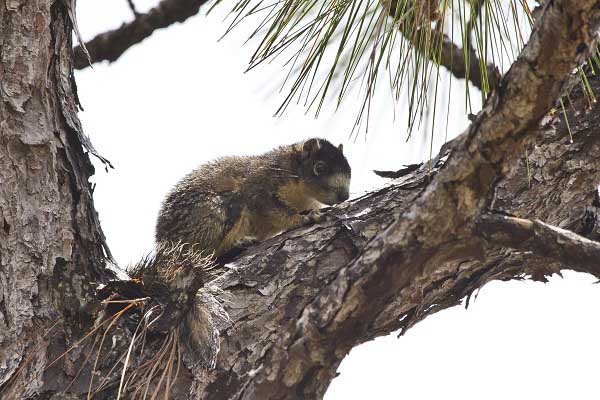 Sandhill, the predominant habitat on Suwannee Ridge, is very important for a range of species that have declined in numbers as these upland habitats have been developed and natural fire has been suppressed. Ongoing restoration and the use of prescribed fire on this area have improved wildlife habitat.

Wildflowers attract numerous species of butterflies. Protected gopher tortoises and southern fox squirrels are commonly spotted. Other animals often found in association with the gopher tortoise and its burrow may also occur here, including the gopher frog, Florida pine snake and eastern indigo snake. Water-filled sinkholes may host wood ducks, especially in winter. Mississippi and swallow-tailed kites are regular spring and summer visitors and migratory songbirds occur in the spring and fall. Due to the site's proximity to the forested floodplain community associated with the Suwannee River, populations of traditional game species such as white-tailed deer and wild turkey are high.

One of the many signs of spring in north Florida is the return of the Mississippi kite from its wintering grounds in South America. The graceful and smooth, buoyant flight of this migratory raptor is especially evident in Florida from April through September along the floodplain forests north and west of the Suwannee River. Some Mississippi kites nest as far south as Alachua and Levy counties.

The Mississippi kite eats some vertebrates such as frogs, lizards, birds and bats, but insects comprise the bulk of its diet. This aerial feeding specialist is adept at catching dragonflies, cicadas, beetles and other large flying insects, which are caught with one or both feet and eaten on the wing. In Florida, the Mississippi kite breeds from May through July, usually laying two eggs in difficult to spot nests built in the forest canopy. Some nests are reused from year to year.

Kites spend much of the time in the air in slow, seemingly effortless glides. Kites migrate in loose flocks and are already paired when they arrive on their breeding grounds. The population of Mississippi kites reached a low point in the 1940s following a steady decline that began around the turn of the century. The good news is that the species is reoccupying much of its former range in the southwestern and southeastern states and is commonly spotted nesting in suburban areas. 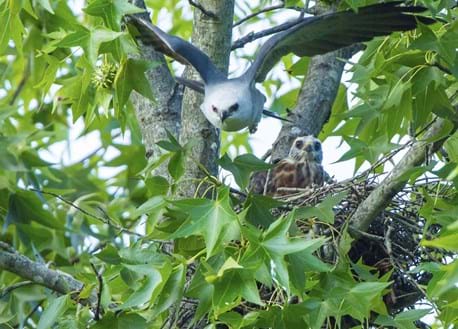