Salt Lake is influenced by relict salt water – water that has remained under layers of sand and shell for thousands of years – since the land was under the sea. Over time this salt water mixed with fresh water in the upper aquifer.

Scientist William McLane surveyed lakes along the St. Johns River in the late 1940s and early 1950s. He found salinities in Salt Lake as high as 10,700 parts per million, about one-third the salinity of the Atlantic Ocean at the mouth of the St. Johns River. McLane also found breeding populations of five marine crustaceans, two marine worms, and nine saltwater fish.

The salinity of the soil also influences the marsh vegetation surrounding the lake. In some places, the soil is so salty that it can be tolerated only by one plant species called glasswort. Glasswort is the host plant of the tiny Eastern pygmy-blue butterfly, the smallest butterfly in the eastern U.S. and one of the many butterfly species found at Salt Lake.

Salt Lake’s native plant communities are part of a transitional zone between temperate and subtropical climates, so plant communities and species from both climates occur here. Natural communities that were altered in the past by fire suppression and cattle and forest management practices are the focus of ongoing restoration. 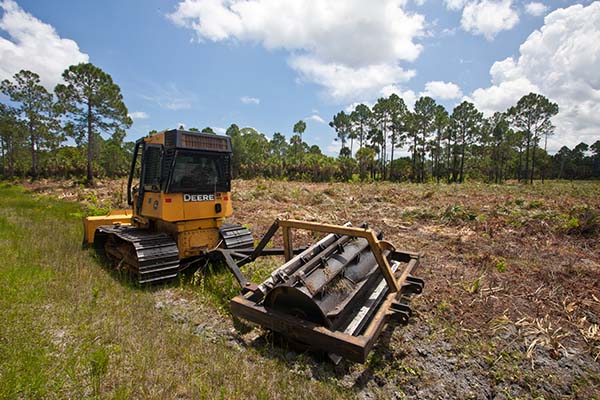 Prior to management by FWC, most habitats at Salt Lake landscape had not been burned in 20 years or more. The restoration effort in mesic flatwoods, scrub and selected marsh communities has involved mechanical treatments such as roller chopping to manage understory growth, followed by cycles of prescribed fire. Regular burning promotes species diversity and many native plants and animals are adapted to it. Biologists also regularly remove nonnative invasive plants such as strawberry guava, Old World climbing fern, tropical soda apple, cogongrass, air potato, Chinese tallow and Brazilian pepper. The construction of low water crossings has helped reconnect some of Salt Lake’s wetlands, while allowing safe vehicle passage on the network of area roads.