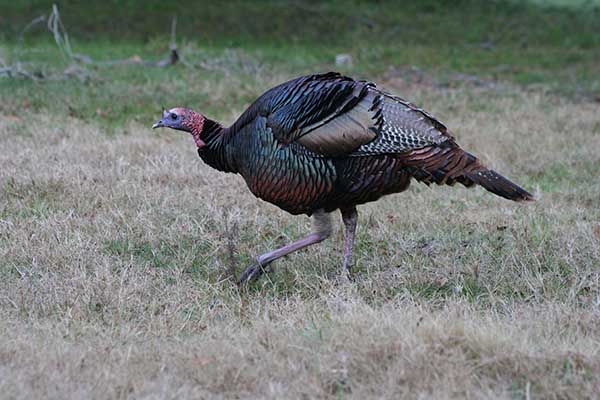 Check out other species recorded from Hilochee WMA, or add observations of your own, by visiting the Hilochee WMA Nature Trackers project.

The glossy blue-black Eastern indigo snake is the longest snake in North America and an adult may grow as long as 8 feet. The nonvenomous Eastern indigo uses its powerful jaws to subdue prey, which consists of other snakes (including venomous ones), frogs, turtles, small mammals, salamanders and birds.

The black racer, sometimes confused with the indigo snake, has a distinctive white chin and is slender and fast-moving. The stockier Eastern indigo snake is more docile and much slower-moving than the black racer. Pressure from pet market collectors, coupled with disappearing habitat, has hurt the population and earned it protection as a federally-listed threatened species. Historically, the eastern indigo snake was found from southern Georgia to the Florida Keys and west to Alabama, but today it is mostly restricted to Florida and southern Georgia. Though usually associated with gopher tortoise burrows in well-drained scrub and sandhill habitats, the Eastern indigo readily moves though a variety of habitats, especially those that border marshes and swamps.