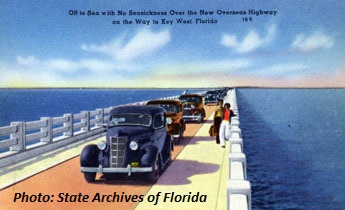 Humans have enjoyed the beauty and bounty of the Florida Keys for thousands of years. The Calusa and Tequesta Native Americans hunted and harvested abundant marine resources long before Europeans arrived.  When explorer Juan Ponce de Leon charted the islands of the Keys in 1513, he called them Los Martires (meaning “the martyrs”) because he thought they resembled men in distress. The more popular name, simply the Keys, is derived from the Spanish word Cayo (“small island”).

The powerful Gulf Stream, the main shipping route to Mexico and the Caribbean, passes close to the long chain of reefs off the Keys. As early as the 16th century, many ships wrecked on these reefs and in shallow channels -- salvaging soon became a way of life. Salvaging expanded as the shipping industry increased, and by the 19th century the residents of the Keys raided wrecked ships almost every week.

The isolation of the Keys ended when Henry Flagler’s vision of extending the railroad south became a reality. The Key West Extension was an industrious 128 miles of railroad construction that crossed miles of rock islands and open water. Despite devastating hurricanes in early 1900s that slowed progress, Flagler rode the rails from Homestead to Key West early in 1912. Agricultural trade flourished and soon the commercial and sports fishing industry attracted many to the remote islands.

The Great Depression and a category five hurricane hit the area a near death-blow. By this time, other changes affected the Keys -- lighthouses now illuminated the shoreline, ending the lucrative wrecking opportunities, the cigar industry had moved to Tampa, and sponge diving became popular in the more-accessible Tarpon Springs. Just when relief efforts and tourism interest in the Keys was starting to emerge, the Labor Day hurricane of 1935 destroyed much of the railroad and killed 200 World War I veterans in a 17-foot storm surge. By 1938, the railroad tracks had been converted into a two-lane bridge for automobiles and traffic started coming south. 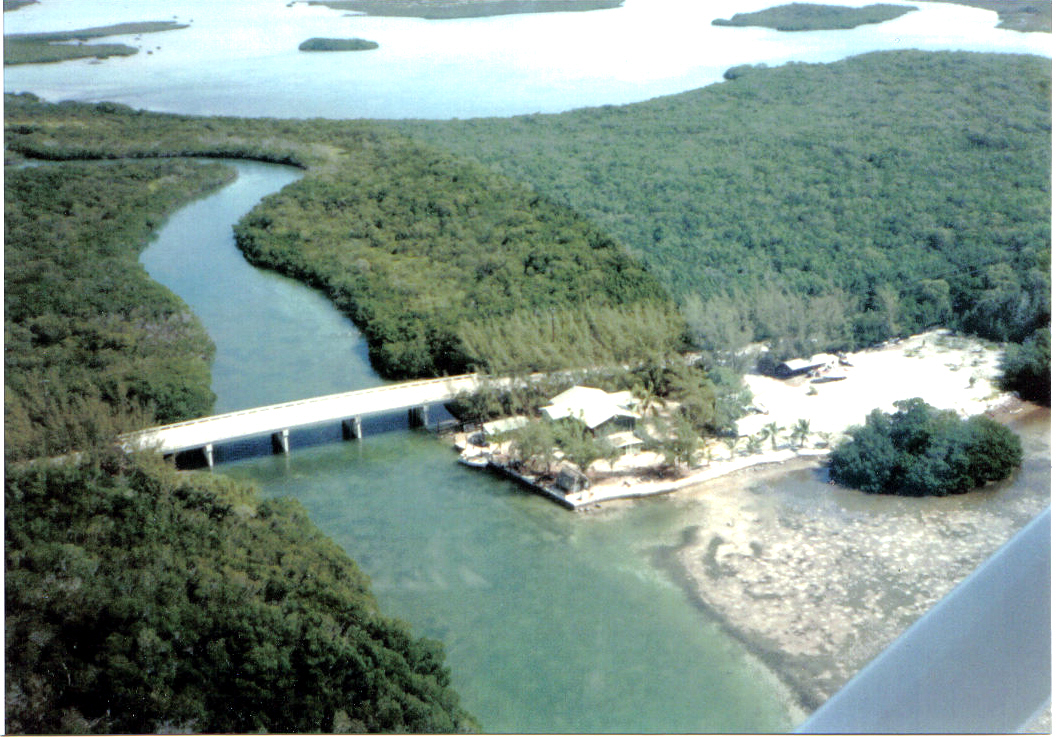 The first 344 acres of the Florida Keys WEA were acquired on July 7, 1997, under the Conservation and Recreational Lands (CARL) program and the Preservation 2000 (P2000) program.  Since that time, additional parcels have been added to the project under the CARL, P2000 and Florida Forever environmental land acquisition programs.  The most recent addition was the 928-acre Johnson Tract on Sugarloaf Key, purchased in 2015. Federal, state and county parks adjoin these conservation lands.

The unique geography and warm climate are more similar to the Caribbean than the rest of Florida, and many rare plants and animals continue to draw ecotourists. Fishing, scuba diving and other recreational tourism are the primary industries in the Keys. However, development for tourists, as well as a burgeoning year-round population, has had detrimental effects on the native tropical wildlife and plant communities, making it imperative that those that remain be protected.