For at least 14,000 years, people have inhabited the land around the Aucilla and Wacissa rivers. This makes it one of the earliest known sites of human occupation in the New World. Native Americans lived off the abundant resources in and around the rivers. Many prehistoric mounds, middens and quarry sites have been documented in the area by archaeologists. In order to protect these sites for research and future generations, it is illegal to remove or disturb any cultural resources or artifacts. 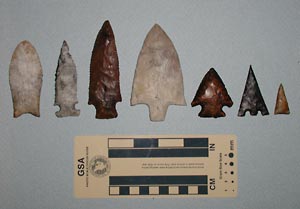 The rich resources and the accessibility of two rivers attracted those determined to profit from the bounty. Prior to the Civil War, slaves deepened a natural channel between the Wacissa and the Aucilla rivers so that plantation owners could get cotton to ships on the Gulf of Mexico. However, the Slave Canal was soon abandoned.

Lumbermen removed most of the old-growth cypress from the swamps early in the 20th century. They constructed raised roadbeds (trams) for locomotives to haul huge timbers out of the swamps. Stands of native longleaf pine were replanted with fast-growing slash and loblolly pines for pulpwood. Today, some of these trams still provide roadways for vehicles, while others are smaller pathways for hikers, bikers and wildlife.

In 1988, the state of Florida obtained the core property (about 14,000 acres). Later acquisitions were made in 2000 and 2003 from the St. Joe Timberland Company. The area’s natural plant communities are currently being managed and ongoing restoration is underway.