In May 2002, FWRI research scientist Blair Witherington was interviewed by Kevin Pierce of The Florida Environment, a radio feature that is broadcast over a network of Florida radio stations. He talked about his travels researching neonate loggerheads off the east coast of Florida and the surprising amount of litter and tar he encountered in the Gulf Stream habitats of the baby turtles. 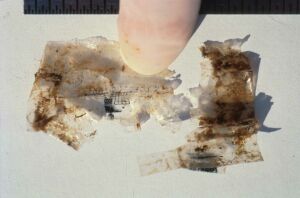 Some of the turtles had swallowed enough tar to gum their mouths shut.

This health risk occurs due to the fact that baby sea turtles spend the first years of their lives in floating seagrass islands that accumulate in frontal zones near the Gulf Stream. These zones collect more than the nutrients turtles need to grow. 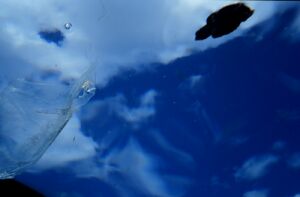 Read more about Blair Witherington's neonate studies in Researching the First Years of a Turtle's Life.