History of the Collections at FWRI

History of the Collections at FWRI 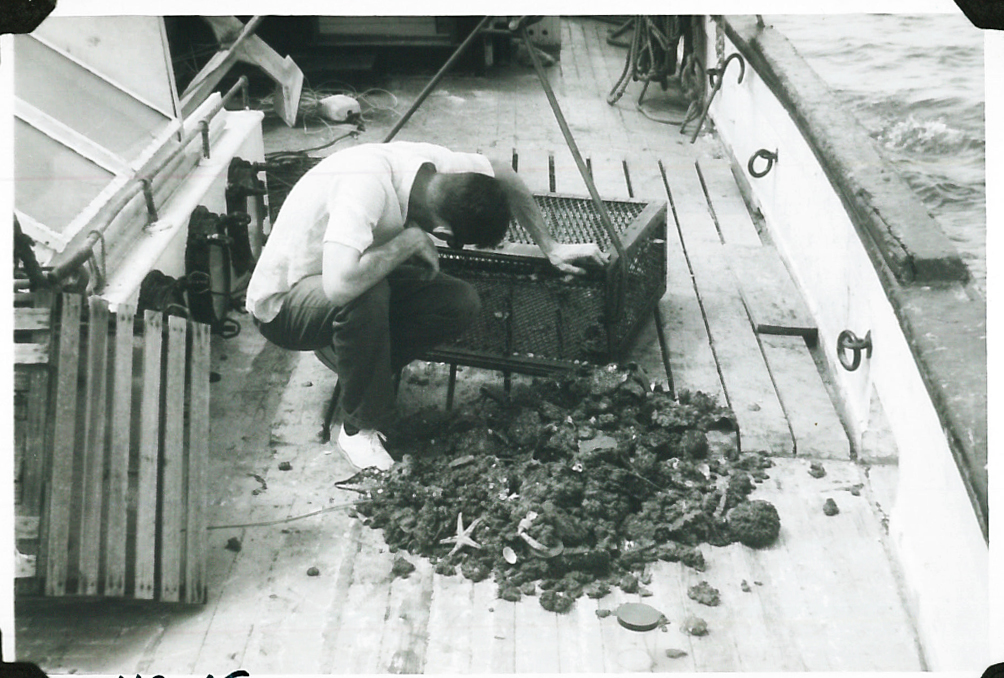 The Florida State Board of Conservation established the Marine Laboratory at Bayboro Harbor in St. Petersburg in 1955. The Ichthyology Collection was begun in 1956 to house specimens collected by Victor G. Springer and Kenneth D. Woodburn during their ecological study of the fishes of the Tampa Bay area. The Ichthyology Collection, housed at what is now the FWC’s Fish and Wildlife Research Institute (FWRI), contains more than 29,000 cataloged lots.

The Invertebrate Collection began in 1965 after the research laboratory initiated Project Hourglass, a program of monthly sampling of 10 fixed stations on the continental shelf in the eastern Gulf of Mexico. This 28-month program was initiated to define and describe the biological communities on the central West Florida Shelf. Over the next three years, Project Hourglass contributed almost 27,000 lots of invertebrate specimens to the collection. The Invertebrate Collection, which is managed by Laura Wiggins, contains more than 136,000 cataloged lots.

The Invertebrate Collection is recognized by the Association of Systematics Collections as a regional research resource and by the National Science Foundation as a regional repository for voucher specimens. A voucher specimen serves as proof of a species as it was reported in a research project and as insurance should there be any changes in the taxonomy of the organism.  In the report "Resources in Invertebrate Systematics," the Joint Committee on Systematic Resources in Invertebrate Zoology of the American Society of Zoologists also lists the collection as a regional repository. The laboratory received a grant from the National Science Foundation in the 1980s to acquire compactors, which allow shelving units to move, open and close, thus increasing storage space for the collections.

Specimen Information Services staff catalog specimens into the Ichthyology and Invertebrate collections under the acronyms FSBC and FSBC I, respectively. The international scientific community recognizes these designations. These acronyms are used along with catalog numbers for all loan requests and in scientific manuscripts which reference the collections.

The Southeast Area Monitoring and Assessment Program (SEAMAP), a collaboration of state and federal agencies, began in 1982. At that time, FWRI (known then as the Marine Research Laboratory) became the permanent repository for the ichthyoplankton that SEAMAP partners collect from throughout U.S. waters of the Gulf of Mexico. This fisheries-independent monitoring program has contributed more than 575,000 cataloged lots to the SEAMAP Ichthyoplankton Collection.

Over the years, taxononomic experts from FWRI and numerous other state, national, and international institutions have identified cataloged specimens in these collections. These collections represent a more than 50-year record of biodiversity in the complex marine and estuarine environments covering the Gulf of Mexico, the Atlantic Ocean waters off Florida's east coast and the Caribbean Sea.