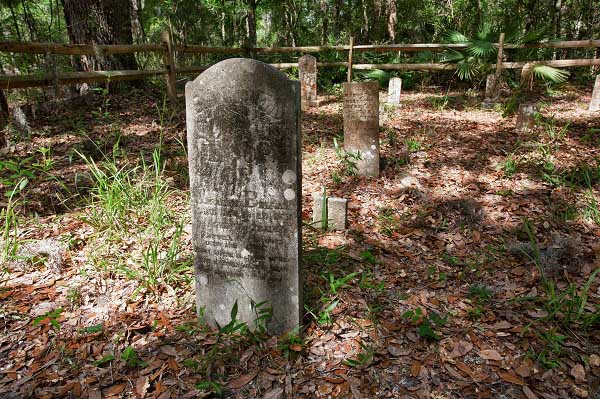 Prehistoric settlement in Florida was strongly tied to river and coastal resources. Archaeological sites have been found near the Withlacoochee River and well-drained margins of lakes and spring heads. However, Native American sites were not as prevalent on this side of the Withlacoochee River, probably due to its swampy banks.

After the Seminole wars, settlers from the Carolinas began to homestead the area using federal land grants as compensation for their voluntary service. In exchange for the land, individuals were required to reside and cultivate crops for five years while bearing arms. According to the 1860 census, 1,549 people resided in Sumter County, which meant only two to six people per square mile. The population grew slowly and by the early 1880s, small homesteads were being established. The settlers raised horses and cattle and cultivated food crops such as peanuts, corn, sugarcane, oats, sweet potatoes and peas.

Area roads are named for families who homesteaded here, such those who founded the town of Alto near Old Oxford Road in 1888. Those buried in the cemetery were born after 1867 and died in 1900 or earlier. Steamboats ran on the Withlacoochee River at that time; Alto Landing refers to a former ferry boat crossing. 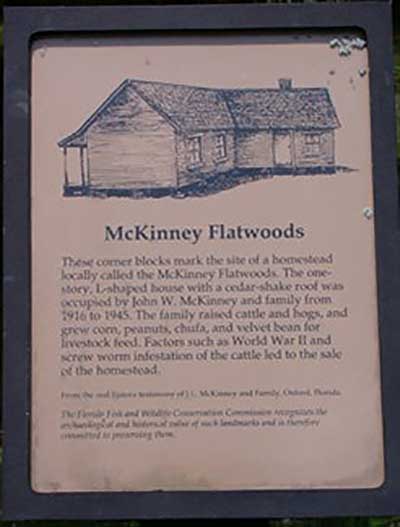 One of the early homesteads was the McKinney cattle ranch, inhabited from 1916. By 1945, the combined effects of screw worms and World War II forced the McKinneys to sell the land. Meanwhile, swamps and uplands were being logged using a railroad, built by Cummer Sons Cypress Company, that ran alongside the Withlacoochee River. Trees were felled by hand using axes and crosscut saws and logs were transported by steam engine to the Lacoochee sawmill, which began operation in 1923 and cut its last log in 1959. Some of Half Moon’s trails follow the old railroad grade.

Two Cummer Sons Cypress Co. engines are currently on public display in Florida: Engine 104, believed to be the last operating steam engine in Florida, is in Herlong Park in Leesbusg. Engine 3 can be viewed at the Pioneer Florida Museum in Dade City.

In 1969, the Carlton family acquired the land for cattle ranching, using the existing fields and converting sections of palmetto scrub into improved pasture. A hunting club also leased the area from the early 1980s until the state purchased the Carlton Half Moon Ranch in 1989 in an effort to help preserve the water quality of the Withlacoochee River and its tributaries. In May 1992, the then-Florida Game and Fresh Water Fish Commission entered a lease agreement with the Southwest Florida Water Management District, and an additional 4,021 acres were added to the management area.