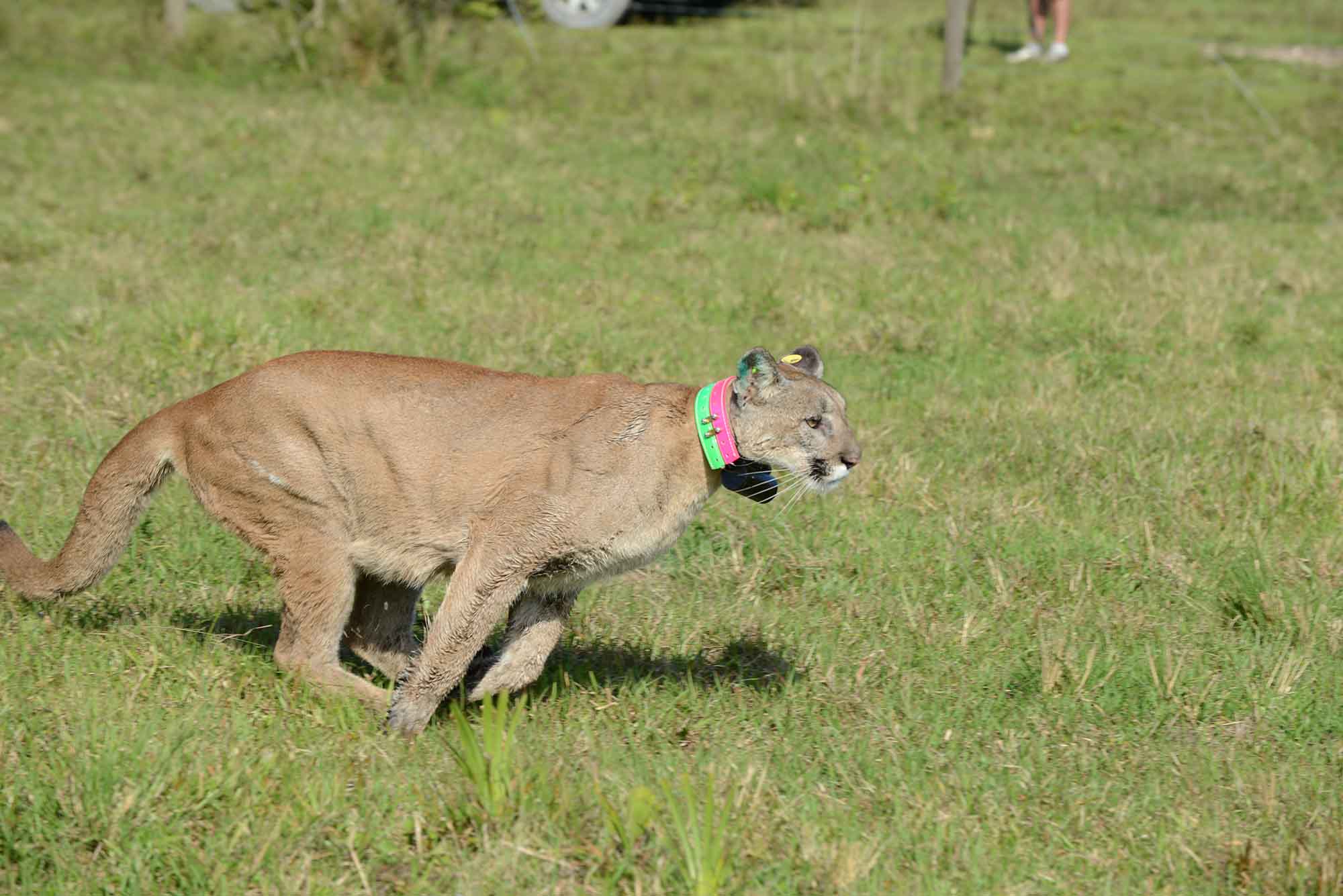 All living organisms have genes. In the late 1800s, scientists discovered genes control inheritance of certain traits. In the 1950s, the molecule deoxyribonucleic acid (DNA), present in genes, was discovered to have a unique double-helix structure of two intertwining strands. It was this discovery that led to our understanding that DNA is the blueprint for all life. Modern genetics continues to explore the mechanics of how this molecule works. Conservation biologists and geneticists work together to understand how the information encoded in DNA affects the health of individual animals as well as animal populations. Our understanding of Florida panther population genetics has greatly informed our management, conservation and recovery decisions. 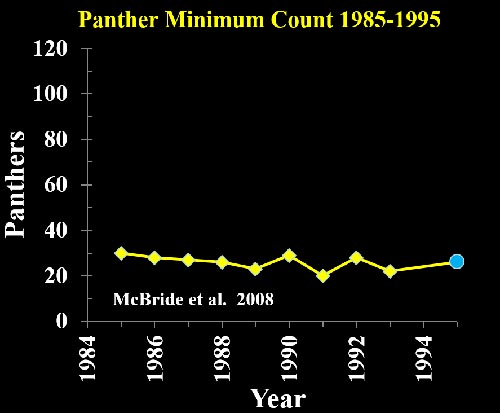 The Florida panther (Puma concolor coryi) historically ranged throughout the southeastern United States but its numbers were drastically reduced from years of persecution and habitat destruction until the only animals that survived were completely isolated in south Florida. Research initiated by FWC during the 1980s and early 1990s revealed there were probably only 20-30 panthers remaining in the wild.

A population viability analysis in 1992, done by a team of geneticists and conservation biologists, concluded the Florida panther would become extinct in 24-63 years due to its small population size, isolation and associated genetic health problems resulting from inbreeding.

Having a limited pool of possible mates, especially when those mates are closely related, led to the loss of genetic variation, which plays an integral role in population health and the ability of individuals to adapt to local conditions. Genetic health problems included heart defects, poor sperm qualities and the failure of one or both testicles to properly develop. And so as recently as the early 1990s, all these factors made the long-term prospect for the Florida panther rather bleak. But as you will see if you continue reading the other Genetics sections, the panther’s story does not end here. 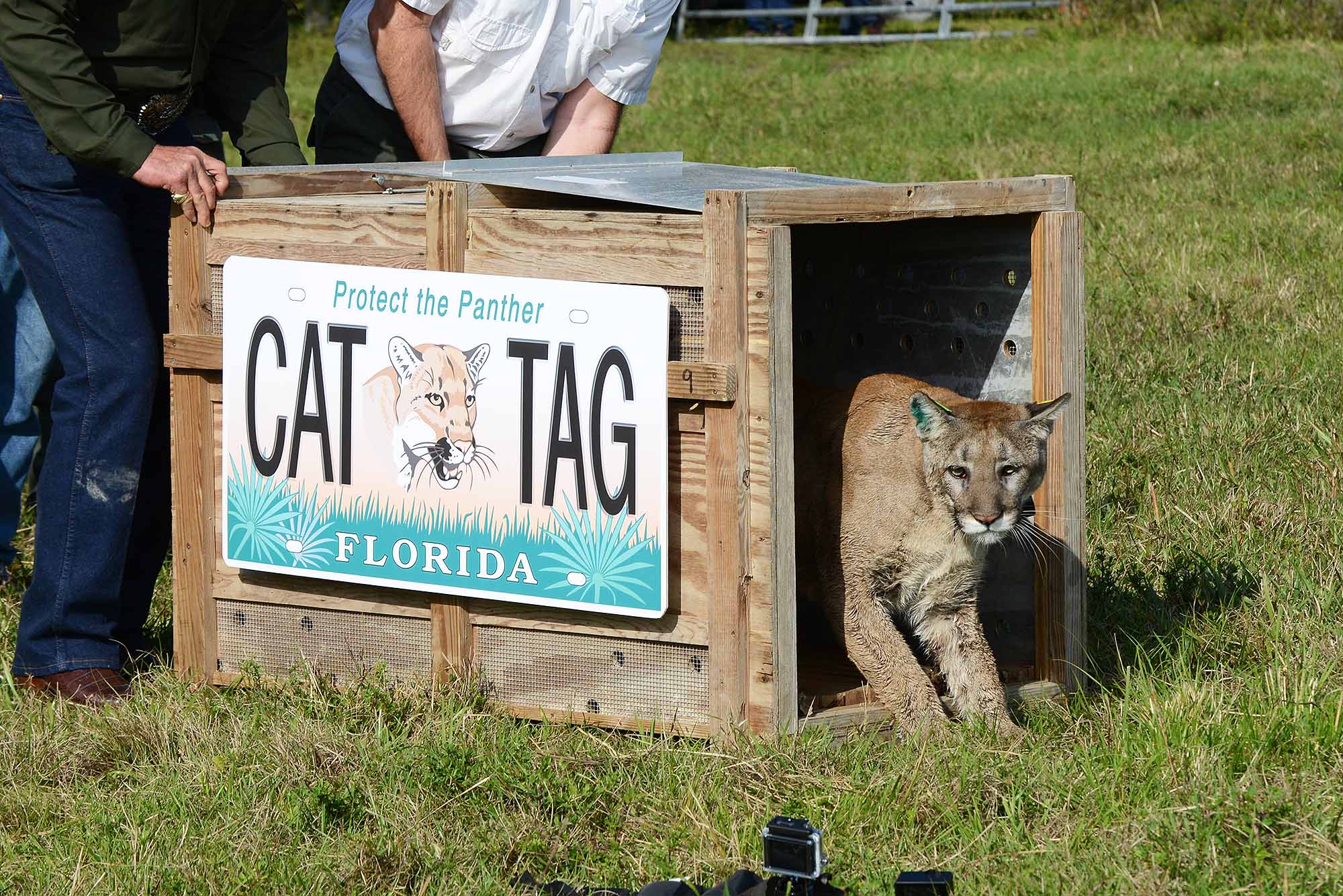 In the early 1990s, the Florida panther population reached a critical point. The combined effects of habitat loss and isolation over the previous century had led to an inbred and declining population that suffered from low levels of genetic variation and varied health problems. The latter included heart defects, cryptorchidism (undescended testicles), depressed immune systems, kinked tails and cowlicks.

In 1994, the FWC met with geneticists, conservation biologists and other cooperating agencies including the National Park Service and the U.S. Fish and Wildlife Service, to develop “A Plan for Genetic Restoration and Management of the Florida Panther.”

This team’s objectives included the following:

In the plan, biologists outlined the need to introduce six to 10 panthers from a genetically healthy population of North American pumas in order to reverse the effects of inbreeding and achieve the desired genetic restoration of the Florida subspecies. The research team decided to release eight female Texas pumas (Puma concolor stanleyana) into the wilds of south Florida.

During the 19th and 20th centuries, the Florida panther population declined significantly and eventually became isolated to south Florida. The overall extent of puma distribution also shrank, as they were wiped out in the eastern U.S. and became restricted primarily to western states. Florida panthers no longer experienced any gene flow with other puma populations. As the size of the Florida panther population continued to decrease, its genetic diversity also decreased as inbreeding became more and more common.  Inbreeding has subsequently been identified as a likely cause of the aforementioned health issues prevalent in the small population of 20-30 Florida panthers that existed in the 1980s and early 1990s.

Mimicking the historic gene flow that once occurred naturally between pumas in Texas and the Florida panther had the potential to alleviate these problems. The intent of this management initiative was not to replace the Florida panther’s gene pool, but to create a healthier, more resilient population similar to the historic population that roamed the southeastern United States. In fact, a Florida panther population with higher levels of genetic variation is more apt to recover from its endangered status. 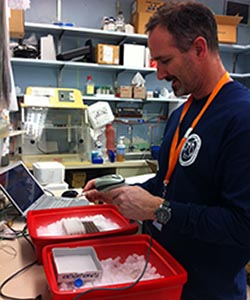 Following the release of the eight Texas pumas into Florida in 1995, FWC researchers and collaborators assessed the level of genetic mixing in the Florida panther population using three methods:

These results were published in the September 24, 2010 edition of the journal Science. The pedigree analysis verified successful pairings between pre-restoration panthers and the Texas females, as well as between subsequent generations of the offspring of these pairings (post-restoration panthers). Inbreeding continued to occur to some extent, although not at the levels observed prior to 1995. The pedigree analysis also documented the associations between specific family lines and occurrences of undescended testicles and heart defects.

Post-restoration Florida panthers exhibited greater genetic variation than existed before the release of the Texas females. This had a significant impact on the incidence of physical defects associated with inbreeding: fewer undescended testicles, a higher percentage of normal sperm and fewer heart defects, kinked tails and cowlicks.  Subsequent work, in collaboration with researchers at the University of Florida, has demonstrated genetic restoration had a positive impact on adult and kitten survival as well as reducing the probability of extinction of the Florida panther population. All these benefits have been critical to preventing the extinction of the Florida panther.

An inbred population that has benefited from a boost of genetic variation should increase in size in most cases. In fact, the number of adult and subadult panthers thought to reside in south Florida has increased more than fourfold since 1995, the year the Texas pumas were released. It is important to note that in 2003 the last two Texas pumas that were still alive were removed from the wild in Florida. No Texas pumas remain in the Florida panther population today. 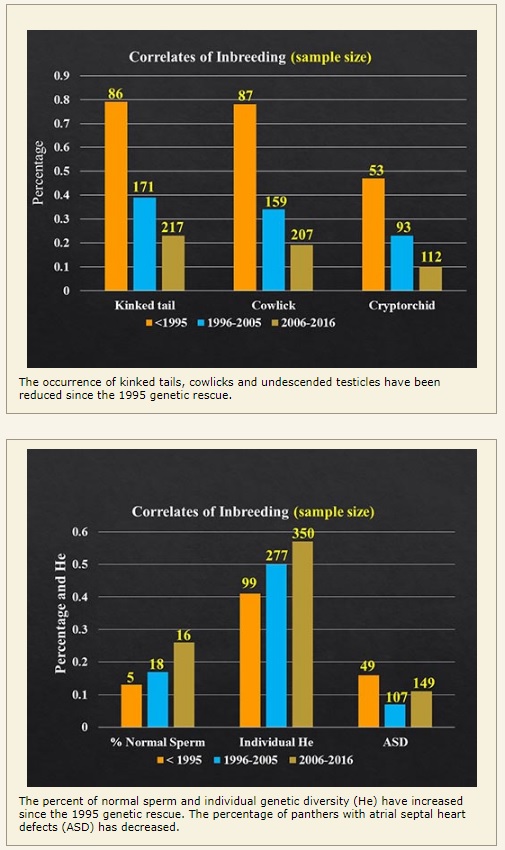 While genetic restoration of the Florida panther can be deemed a success with regard to some of its initial objectives, panthers are still confined to a small, isolated population and therefore will suffer from inbreeding and loss of genetic variation over time. A diverse gene pool is considered a sign of a healthy population. As the genetic restoration plan acknowledges, this eventuality may require the release into Florida of additional pumas from other populations to assure the long-term survival of the panther. Research completed in 2017 has shown Florida panthers continue to reap the benefits of the genetic restoration implemented more than 20 years ago.

(The images to the left are two graphs that show the correlates of inbreeding from pre-1995 to 2016. The top graph shows how the occurrence of kinked tails, cowlicks, and undescended testicles have been reduced since the 1995 genetic rescue. The bottom graph shows how the percent of normal sperm and individual genetic diversity (He) have increased since the 1995 genetic rescue. The bottom graph also shows that the percentage of panthers with atrial septal heart defects (ASD) has decreased.)

A common misconception held by some people is the 1995 genetic restoration with Texas pumas has eliminated the “pure” Florida panther. However before becoming artificially isolated through unregulated hunting and habitat loss, the Florida panther interbred with the eastern cougar (Puma concolor couguar) to the north and Texas puma (Puma concolor stanleyana) to the west. This mixing of genes is what kept all the panther populations healthy, including the original pre-Columbian Florida panther.

The goal of genetic restoration was not to replace the characteristics that make the Florida panther unique but rather to restore historic and healthy genetic variation. Panthers roam over large areas and the infusion of new genes has spread throughout the Florida population over the past two decades. Recent genetic analyses revealed that the mix of genes in individual panthers varies, and the original genetic characteristics prior to the restoration continue to be present in a large portion of the population.

Moving forward, the greatest hurdle to recovery for the Florida panther remains the conservation of sufficient habitat to allow the population to increase in size and expand beyond south Florida. Our genetic management success with panthers also should prove useful to other conservation projects worldwide that deal with small, inbred, isolated populations.