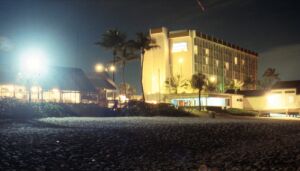 Sea turtles face many threats from humans. The sea turtles are hunted for their meat and shells; their eggs are pilfered, and their nesting beaches are often degraded by condominiums, seawalls, and other structures. Hatchlings are lured to their deaths by the artificial lights on developed beaches; juveniles and adults may die after consuming discarded plastic bags, balloons, and other marine debris, and turtles of all sizes and ages may be drowned in shrimp trawls and gill nets. However, strong conservation measures offer hope that their future may not be so precarious. International treaties now prohibit trade in sea turtle products and impose high fines or prison terms on violators-although, not all nations with sea turtle populations have signed these pacts. 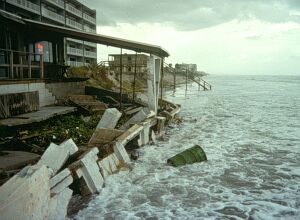 Many important nesting areas, including those in Florida, are protected from both human disturbance and natural predators such as raccoons, which have been known to sit directly behind nesting turtles and scoop up eggs as they are laid. Protection of nesting beaches remains a key goal in the Florida Fish and Wildlife Conservation Commission's sea turtle conservation program.

Managing coastal development on nesting beaches is another critical concern. State rules impose some limits on the construction of seawalls and other shoreline-hardening structures that can erode sandy nesting beaches, but such structures are still permitted in many areas where turtles nest. Additionally, beach renourishment projects designed to restore sandy beaches may pose a threat when they are conducted during the prime turtle-nesting season. It is not always possible to relocate all turtle nests in the path of the renourishment projects. 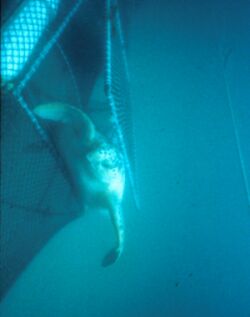 Perhaps the most important step forward for sea turtles came in 1989, when all shrimpers in the United States were required to use special "turtle-excluder devices," or TEDs, which permit turtles accidentally caught in nets to escape through a trap door. Before TEDS were required, an estimated 11,000 sea turtles died each year when they became trapped in shrimp nets and drowned. Kemp's ridleys were especially hard-hit by shrimping impacts. Increases since 1989 in the number of nesting Kemp's ridleys suggest that the TED regulations are reducing mortality. Biologists are also teaching shrimpers in other countries to use these devices.

There are signs of recovery for some species and positive action has been taken in Florida by multiple entities: The number of green turtle and leatherback nests appears to be increasing, and many coastal construction and beach renourishment permits now incorporate sea turtle protection measures. Particularly encouraging, long-term research funding is more secure because the Florida sea turtle vehicle license plate is available for sale. Such efforts may indeed help to secure a bright future for these "living fossils."