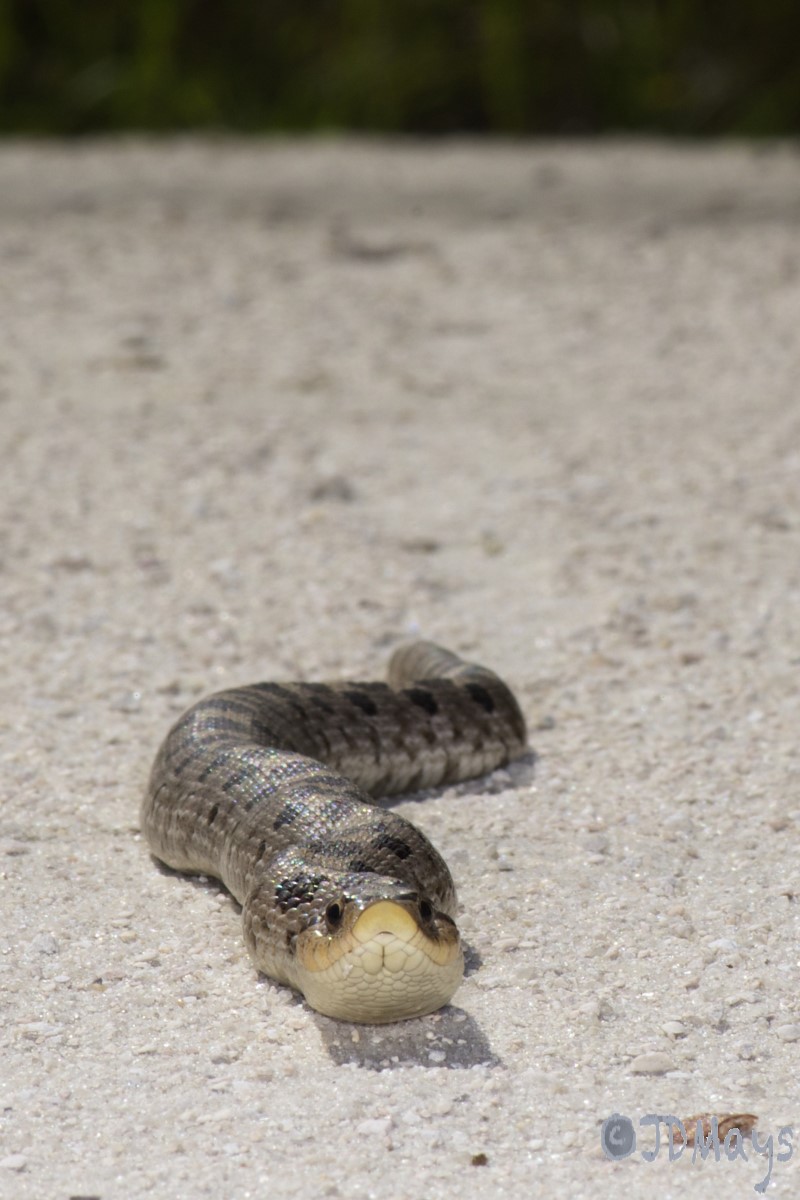 The southern hog-nosed snake (Heterodon simus) is not listed in Florida but was petitioned for federal listing as threatened in 2012, prompting a 2013−2016 status assessment.  FWC staff compiled 183 recent (2001−2016) records from museums, databases, road and drift-fence surveys, and a reporting webpage. Recent records exist from 21 counties and 37 conservation lands, which account for 53.0% of records.  These records were used to create a Maxent potential habitat model that determined that only 28.4% of high-quality potential habitat within its range occurs on conservation lands, with Eglin Air Force Base, Ocala National Forest, Withlacoochee State Forest, and Blackwater River State Forest containing the most habitat.  The southern hog-nosed snake is still locally common on the Brooksville Ridge, uplands along the Suwannee River, and on Eglin Air Force Base, but populations are apparently scarce or extirpated in Orange, Seminole, and Pinellas counties, which have undergone extensive urban development.  Southern hog-nosed snakes are mostly found in sandhill habitat and a variety of open, ruderal habitats with grassy ground cover, including improved pastures. Primary threats are habitat loss, degradation, and fragmentation plus highway mortality and collection for pets.