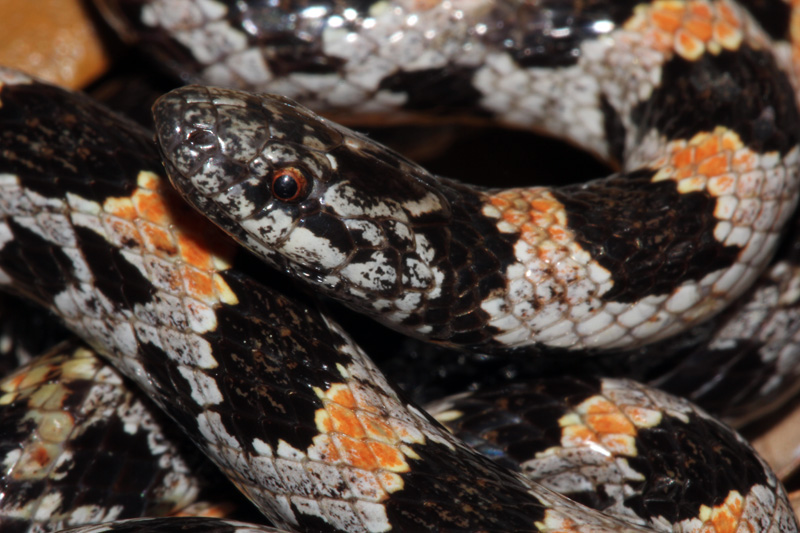 The endemic short-tailed kingsnake (Lampropeltis extenuata) is listed as state threatened and was petitioned for federal listing as threatened in 2012, prompting a 2013−2016 status assessment. FWC staff compiled 91 recent (2001−2016) records from museums, databases, road and drift-fence surveys, and a reporting webpage.  Recent records exist from 11 counties and 18 conservation lands, which account for 70.3% of all records.  These records were used to create a Maxent potential habitat model that determined that 43.4% of high-quality potential habitat within its range occurs on conservation lands, with Ocala National Forest and Withlacoochee State Forest having 75.6% of the habitat on conservation lands.  Only 8.8% of the state’s high-quality habitat remains in the six southernmost counties of the species’ range, and only 1 recent record exists from this area.  Short-tailed kingsnakes are found in sandhill, scrub, and xeric hammock, and populations may persist in subdivisions with native ground cover.