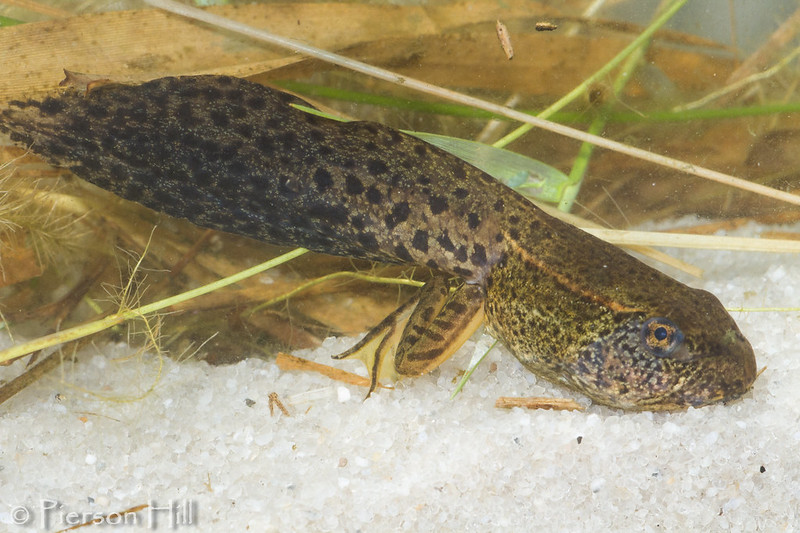 Florida represents the last stronghold for the gopher frog (Lithobates capito), which has experienced serious population declines elsewhere. The goal of this microsatellite genetics study was to examine the gene flow and genetic differences between populations in Florida to better understand the genetic health of these populations and how connected Florida’s gopher frog populations are to each other. In 2013−2016, FWC staff collected 1,748 genetic samples (tadpole tail tips) from 127 ponds throughout Florida and conducted microsatellite analyses of 1,119 samples. Genetic variation was high, and genetic variation within populations contributed 82% to the total genetic diversity. Panhandle and peninsular populations formed 2 distinct genetic clusters separated by the low-lying area along the Aucilla River. There are 26–31 genetic clusters, indicating further substructure on a regional scale. Analysis of historical migration indicated an east-west population divergence event followed by immigration from the Panhandle to the peninsula.