Anatomy of the Tarpon Jaw

Why the "sport" in this sport fish? Check out that jaw!

Tarpon, Megalops atlanticus, are primitive teleosts or boney fishes that are members of the family Elopidae. They are characteristically slender, have somewhat laterally compressed bodies, and can exceed 8 feet in length and 280 pounds in weight. They have a rounded belly and scales that are large and firm with silvery membranous borders. The silver color of the scales is what gives the tarpon its nickname- the Silver King. Their fight, stamina, and acrobatic leaps on the end of a line explain their popularity as sport fish throughout the world. The tarpon's mouth is large, terminal (at the frontmost part of the head) superior (slightly upturned), and remarkably boney. Its extremely boney mouth makes the tarpon one of the most challenging fish to hook and land. A recent FWC study (see details) showed that only 37% of all hooked tarpon actually made it to the boat- hence, the "sport" in this sport fishery. Maxillaries are large, and consist of three bones- the maxilla and two supramaxillae that extend back far past the eye in adults. The premaxillaries are not protractile like the maxillaries and are fused together by a suture at the very center point of the upper jaw. Large paired bones form the lower jaw or dentaries of the tarpon. The anterior ends of the dentary bones are fused in the center of the lower jaw. Smaller articular bones are located posterior to the dentary bones. A bony gular plate extends between the dentaries of the lower jaw. The following images show the jaw structure of a tarpon: 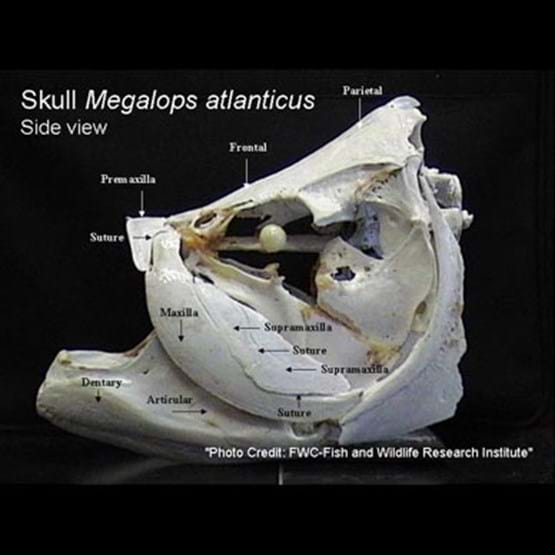 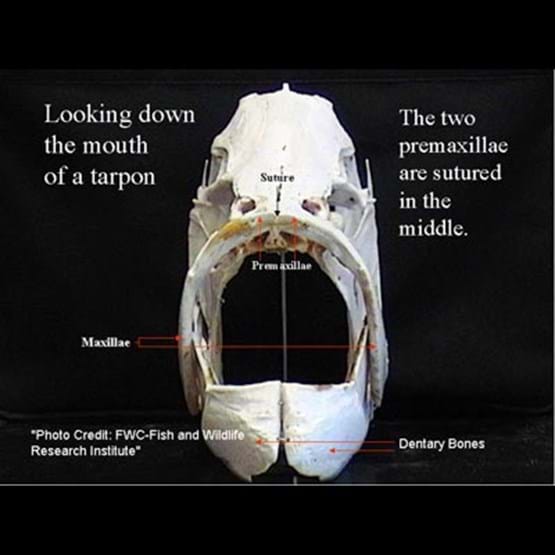 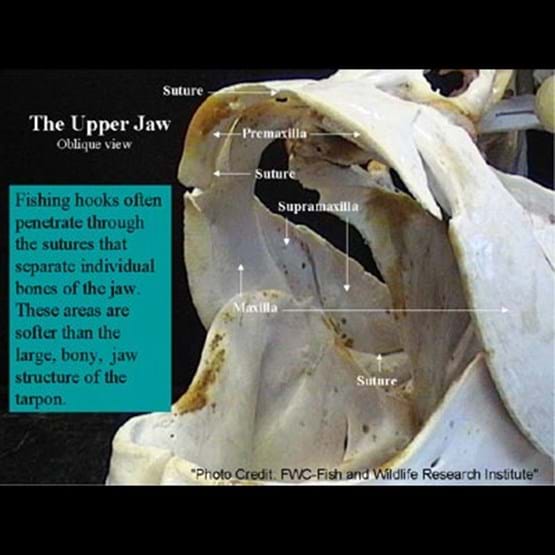