The catch-and-release tarpon fishery, targeting both adult and subadult fish, generates millions of dollars for the state of Florida each year. To sustain this very important recreational fishery, it is critical to maximize survival after release and minimize the nonlethal stress effects from hook-and-line fishing.

Battling an angler is strenuous exercise for a hooked tarpon. The battle includes heavy pulling by all involved, plus acrobatic leaps and endurance swimming for the tarpon. Once the oxygen supplied to the blood from breathing through the gills runs short, the tarpon has to tap into the energy reserves found in the muscles to fuel the fight. This disrupts internal electrolyte and acid-base balance, builds up lactic acid in the muscles, and dumps lactate into the blood--consequences that could affect the health and survival of a tarpon after release.

Because smaller tarpon are easier to handle and anglers may subject them to prolonged air exposure for hook removal or photographs, researchers also evaluated the effect of 60 seconds of air exposure while holding the fish horizontally or vertically out of the water. A third group of angled subadult tarpon were not held in the air before they were bled. 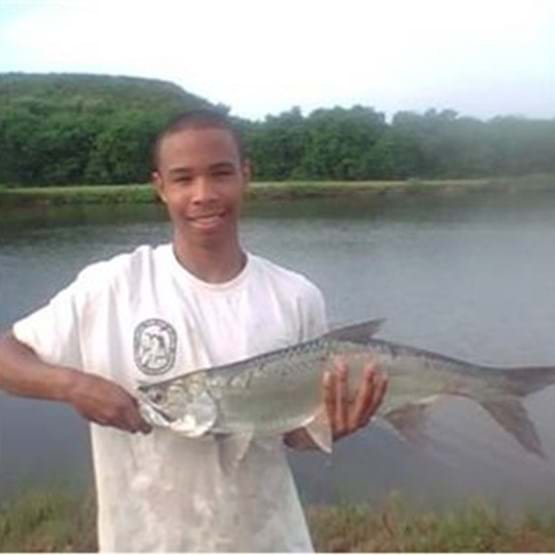 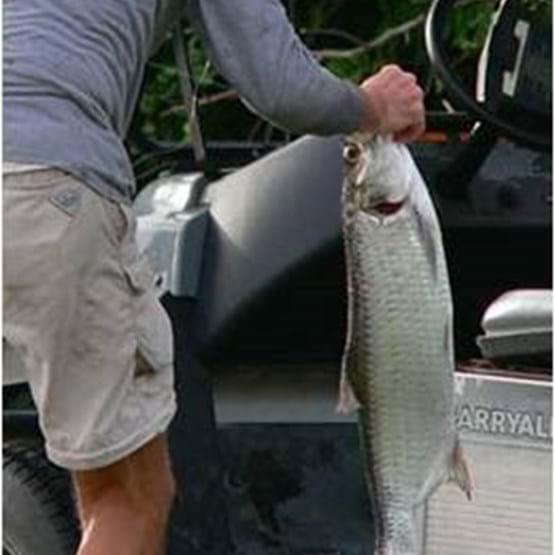 Is there a difference in the stress response of small tarpon based on how an angler holds it in the air for a quick photograph?

FWRI scientists evaluated the blood responses of each tarpon as they related to body size, angling duration, handling, and environmental factors.

Scientists also monitored the survival of the subadult tarpon, which they released into a saltwater pond with no natural predators. Out of 28 tarpon, only one died--43 hours later. Furthermore, eight of the sampled subadults were recaptured multiple times, which indicated long-term survival after catch-and-release events.

What do these results mean for the recreational Atlantic tarpon fishery?

Anglers can reduce the overall physiological response of most blood parameters measured in this study if they use appropriate tactics to minimize fight time. Handling a hooked tarpon carefully and quickly and releasing it in the absence of large predators will increase its chance of surviving the angler's fight. Also, the results indicate that brief air exposure for a photograph prior to release or minimal handling at the side of the boat to take a DNA sample is probably not too stressful for a tarpon.

Contributions to support this work included Grant F-59 from the Federal Aid in Sport Fish Restoration Act, proceeds from the state of Florida's tarpon tag program, and a private research grant from Bonefish & Tarpon Trust and the Fisheries Conservation Foundation Flats Fishing Alliance. The American Fisheries Society headquarters in Bethesda, Maryland, awarded a Hutton Fisheries Biologist Scholarship for work on this project during an eight-week summer internship.