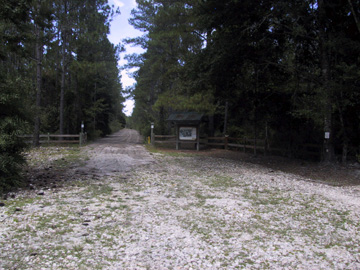 Managed in cooperation with Florida Department of Corrections. Managed by PRIDE of Florida.

Raiford Wildlife Management Area (WMA) consists of 9,141 acres and is located along the New River in north Bradford and Union counties, north of Lake Butler. Pine flatwoods, pine plantations, and lowland hardwoods make up much of the area. The New River flows through the center of the management area, and Olustee Creek branches off through the eastern portion. Much of the area is closed or in private ownership. The remaining portion of the area is only open during hunting seasons. Wild turkey, white-tailed deer, gray squirrel, eastern cottontail rabbit, gopher tortoise, raccoon and red-tailed hawk are some of the wildlife species that are found on the area.