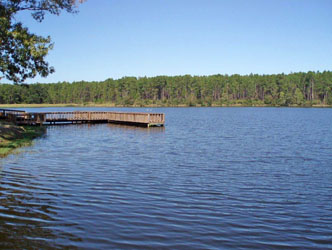 Bear Lake is a 107-acre man-made impoundment constructed in 1959, opened to fishing in 1961, and designated as a Fish Management Area. The lake has an average depth of 8 feet with a maximum depth of 23 feet. Deepest areas are located near the dam and along the old streambed. A considerable amount of flooded timber remains, providing fish habitat. This lake has been stocked with Largemouth Bass, Bluegill, Redear Sunfish (shellcracker), Black Crappie, Hybrid Striped Bass, and Channel Catfish. Bear Lake is located in northeast Santa Rosa County with in the Blackwater State Forest, approximately 2 miles east of Munson, FL on SR 4. A dual-launch concrete boat ramp is located within the Bear Lake Campground. Ample parking, a handicapped accessible fishing pier, and an informational kiosk are located near this ramp. The Florida Forest Service maintains the campground, which includes bath/restroom facilities, along with camping and picnic areas. The Florida Forest Service charges a $2.00/car fee to all persons entering the Bear Lake Campground area. Two primitive dirt boat landings are accessible from Hurricane Lake Rd. and are not currently subject to this fee. A limited number of small jon-boats and canoes are available to rent from DOF for use on the lake. Information regarding these rentals can be obtained by calling 850-957-6140. Bear Lake is subject to the rules and regulations currently in effect for Fish Management Areas. Please refer to a current copy of Florida Freshwater Sport Fishing Regulations. Gasoline boat motors are prohibited from use on Bear Lake; however, use of electric trolling motors is allowed.

January and February should bring the final throes of winter weather to Bear Lake. During this time anglers should continue to target shallow water habitats adjacent to steep drop-offs. Schools of baitfish have been observed congregating in such areas, near the fishing pier and around some of the coves. Predatory fish have even been observed breaking the surface and gobbling up this forage. If you can locate such activity, crank baits, rat-L-traps, or buck-tail spinners should be able to mimic the baitfish present in Bear Lake and deceive any hungry predators.

Cooler water temperatures provide a great opportunity to target black crappie. Look for these fish around structure in shallower areas while the water is cool. Spawning crappie will congregate around vertical structure when water temperatures reach the upper 50s to 60° F. During the winter months, larger baits can often be most effective. Try fishing jigs with a 2 3/8-inch body on a quarter-ounce jig head and don’t be afraid to switch up the color until you find what is working. Small crank baits and rat-l-traps can also be very effective for these fish, but it is always hard to beat live bait such as minnows or shiners.

Starting in late February and early March, rising water temperatures (60s) will begin to draw Largemouth Bass into the shallows to spawn. Male bass move in first, building nests in 2-6 feet of water with some even venturing as deep as 10 feet. Larger female bass will then begin to pair with males at each nest site. Peak spawning activity generally occurs around water temperatures of 64-66 degrees. It is not unusual for certain areas in the lake to warm up faster than others. This can create “hot-spots” for Largemouth Bass activity so don’t be afraid to explore the entire lake perimeter. In addition to water temperatures, weather patterns are critical to angler success this time of year. Monitor cold fronts which can have significant effects on feeding and spawning activity. Dark colored plastic worms/lizards are particularly effective at generating strikes from aggressive, spawning bass. Spinnerbaits, floater-diver type lures, and rat-L-traps are also popular artificial baits this time of year. During low-light conditions (sunrise/sunset) noisy topwater lures (buzzbaits & surface plugs) can be thrilling as they generate explosive strikes at the surface.

Bluegill and Redear Sunfish (shellcracker) will likely still be moving between shallow and deep-water areas based on the changing weather patterns. Fish these areas with red worms, wigglers, or crickets either on the bottom with a small weight or deep below a cork. Be sure to use small hooks and light tackle to prevent these fish from recognizing your gear. Artificial baits such as beetle spins, Roostertails, or curly-tailed grubs can also be effective when fished with a slower retrieve to access deeper water. Redear Sunfish (shellcracker) generally begin to congregate as water temperatures approach the upper 60s with spawning activity peaking around 68-72 degrees.

As always, catfish will be hard pressed to resist a juicy beef or chicken liver. Fish these baits on the bottom, in deep water off the fishing pier or near the dam. If you have trouble keeping messy livers on the hook, try wrapping it in surgical gauze or pantyhose, but make sure you stretch the fabric to allow a nice odor to draw these fish in. 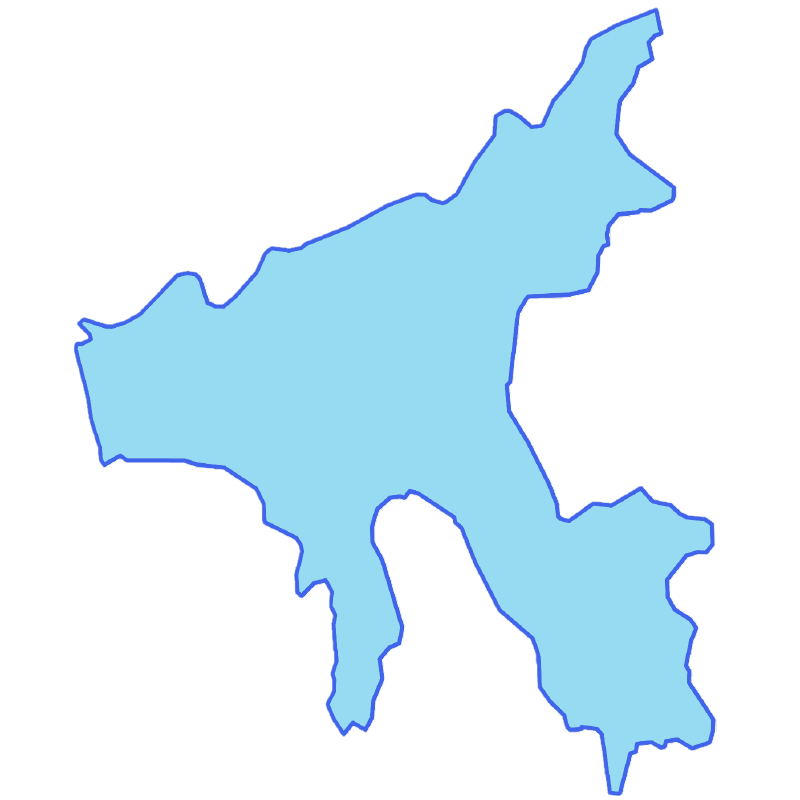 TrophyCatch is FWC's citizen-science program that rewards anglers for documenting and releasing trophy bass 8 pounds or larger. The following TrophyCatch bass have been submitted from Bear Lake!