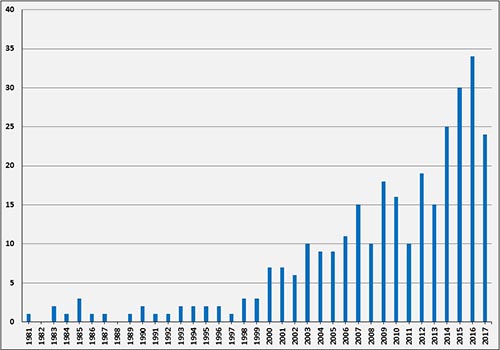 As the Florida panther population increases, the number of panthers killed by collisions with vehicles also has increased. Prior to the year 2000, yearly panther roadkills were four or fewer. But beginning in 2000, these numbers have ranged from six to 34 annually. Early measures to reduce panther deaths from vehicle collisions included lowering the speed limit at night in critical stretches of highways, widening road shoulders to increase visibility, experimenting with special reflectors intended to make animals wary as headlight beams were reflected in their direction, public information campaigns and rumble strips. Although these measures may have reduced wildlife collisions, they did not eliminate the problem. The most effective but also the most expensive measure was adding wildlife crossings to highways.

The first wildlife crossings in Florida were installed in Collier County when Alligator Alley was converted into Interstate 75. The planning for these crossings began with the 1972 Environmental Impact Statement for creating I-75 between Naples and Ft. Lauderdale. Twenty-four wildlife crossings and 12 other bridges modified for panther use were completed in the early 1990s within a 40-mile stretch of I-75, as well as a continuous barrier fence that directed animals to the crossings. Currently, there are 60 wildlife crossings or bridges that have been modified for use by panthers on Florida’s roads. Panther deaths caused by vehicle collisions have been sharply reduced in areas where crossings and fencing are in place. 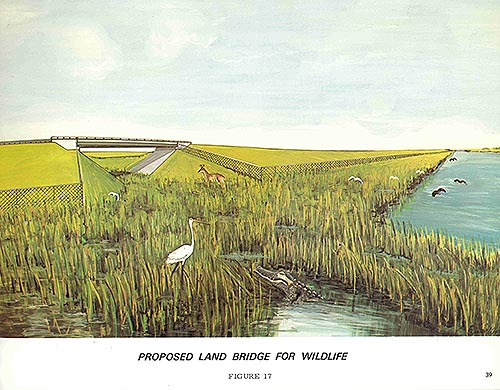 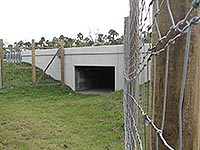 There have been many different sizes and shapes of crossings that have been used, each suited to the particular needs of a specific location. The smallest structures create an opening that is 5-feet tall and 10-feet wide and the largest crossings are those on I-75 that are 8-feet tall and 120-feet wide. Some bridges have been modified for wildlife movement by providing a path along each bank of the waterway above the high water line. 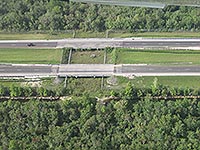 The FWC, Florida Department of Transportation and U.S. Fish and Wildlife Service consider the potential need for new crossings and fencing as new roads are built or as existing roads require added capacity. Including wildlife crossings early in the planning stages for these kind of projects lowers the costs of these safety features.