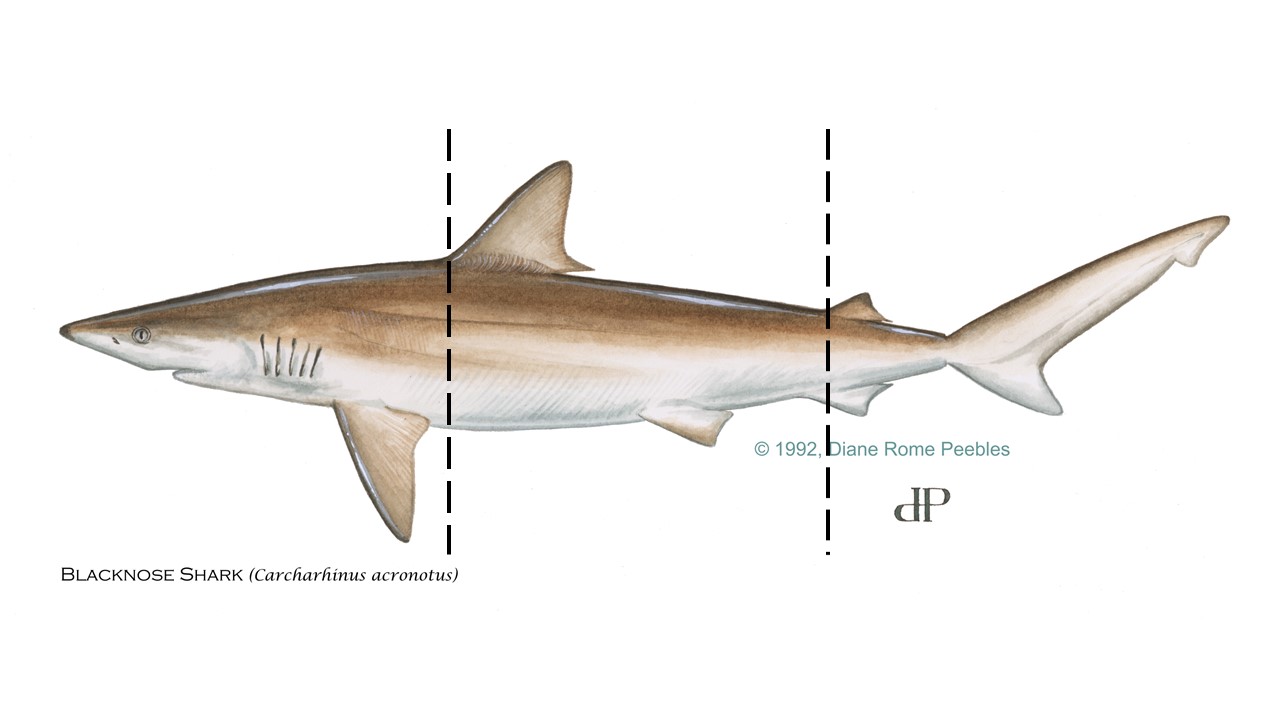 Juvenile blacknose are typically found in shallow water while adults are located at greater depths (over 30 feet).  They are known to form large schools and occasionally associate with schools of mullet and anchovies. This shark poses little threat to humans and has never been reported in a shark attack case.

Blacknose sharks are of minor importance in the commercial fishery; although, it is sometimes targeted recreationally for the fight it gives when caught on light tackle.  Their meat is commonly dried before being marketed for human consumption.