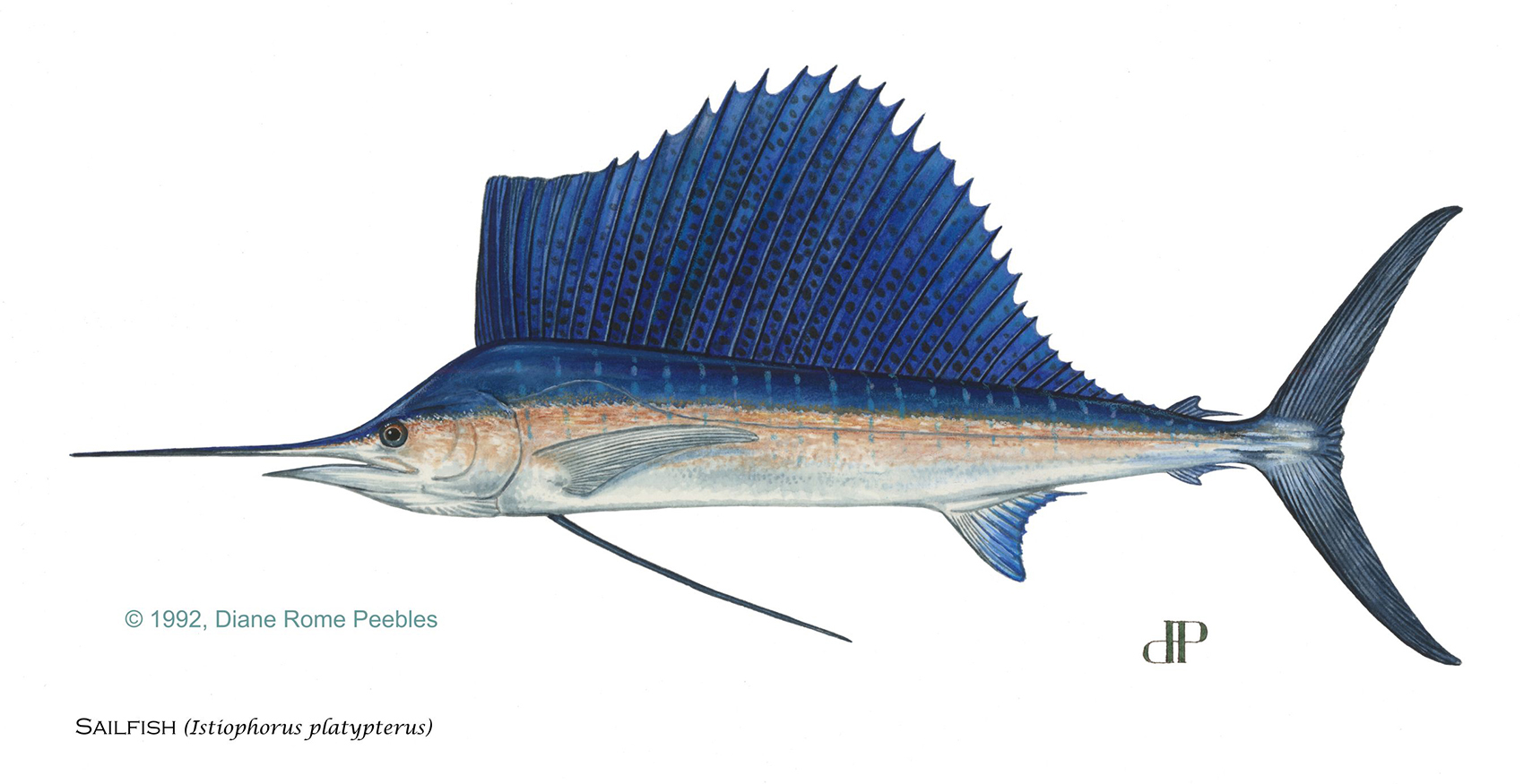 Sailfish are a rapidly growing species; they reach 4-5 feet in one year. They feed aggressively on small fish and squid. Off southeast Florida, sailfish move inshore to shallow water and spawn near the surface in summer. Females swim slowly with their dorsal fins above water, accompanied by one or more males when spawning.

Fishing Tips and Facts: Blue runners, pinfish, mullet, scads, ballyhoo and squid attract cruising sailfish. Sailfish are known for their fast runs, acrobatic jumps and head-shaking attempts to throw a hook. Sailfish tire easily and should be revived after a long fight to ensure their survival. Most anglers release these fish.

The sailfish is Florida's state saltwater fish. Its name originates from the greatly enlarged first dorsal fin that runs almost the length of its back and is covered with spots.