FWC biologists are currently working to learn more about the distribution of skunks in Florida, and we need your help! 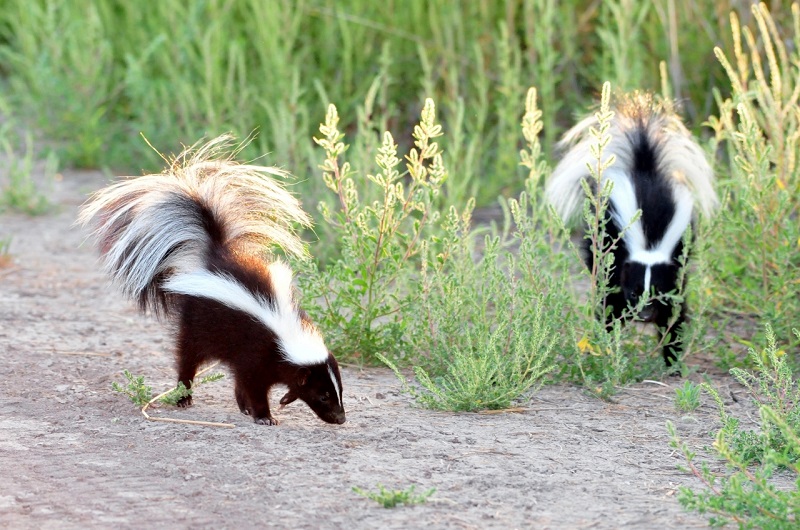 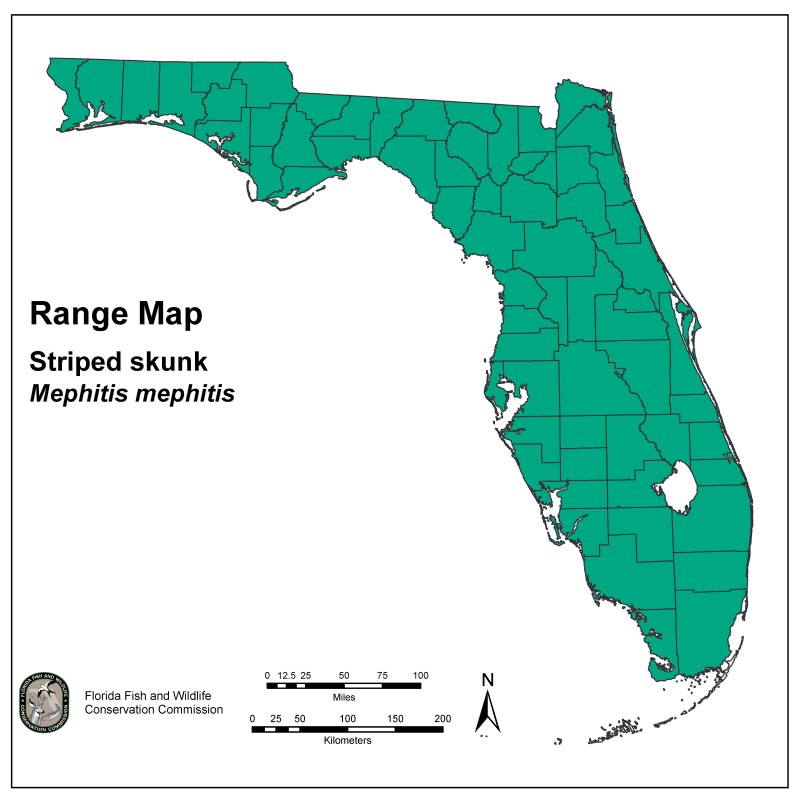 Striped skunks are found throughout Florida, except the Keys, and can be found in both natural and residential areas. They typically inhabit areas with a mixture of dense vegetation and open areas. Striped skunks usually prefer areas that have large dead trees. 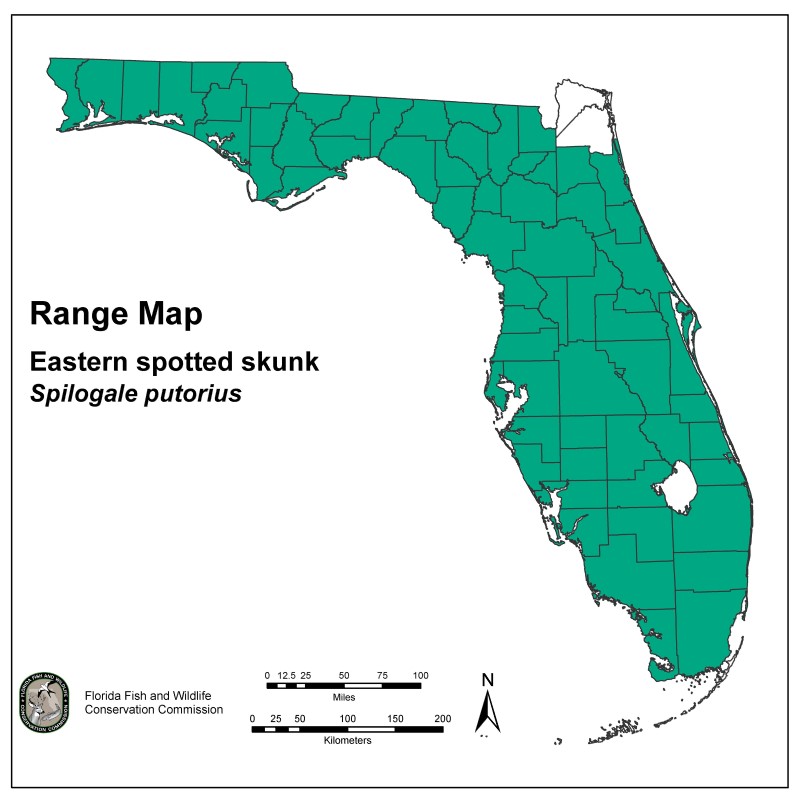 Skunks may make their dens in a wide variety of locations. They will sometimes dig their own burrows, but they will also den in vacant mammal or gopher tortoise burrows brush piles, wood piles, areas with high grass or similar sources of shelter. In more urban environments, skunks will make dens underneath man-made structures, such as sheds. Both striped and eastern spotted skunks are mostly nocturnal, emerging from their dens at night to forage, though there is evidence that eastern spotted skunks in Florida are active during the day.

Adult skunks are largely solitary animals, usually only coming together to mate. In the late spring, female striped skunks will give birth to a litter of between six and eight young. Eastern spotted skunks may produce one litter in the early summer and another in the fall, giving birth to five or six young each time. Newborn skunks are blind and have fine hair exhibiting the black and white pattern they will have as adults. Young skunks, called kits, will stay with their mothers for several months and will leave their den sites at between six and eight weeks of age to learn to forage with their mothers.

Skunks are omnivores, meaning they eat animals and plants. Larger insects including beetles and grasshoppers have been found to be an important part of the eastern spotted skunk diet. In addition to insects, spotted and striped skunks will also eat small mammals, amphibians, reptiles, birds, crustaceans, fruits, grasses, fungus and leaves. Their diet depends on what is available at the time of year.

When skunks encounter predators, such as great horned owls or bobcats, or other perceived threats, such as people or dogs, they will first typically try to run away. If they are unable to retreat, skunks will act aggressively or try to make themselves look larger. Striped skunks may arch their backs and stomp their feet. Eastern spotted skunks will perform “handstands,” where they will stand on their two front feet with their back legs and tail in the air. Finally, as a last resort, both skunk species will use a unique, yet familiar, defense mechanism: spraying a pungent oily musk from scent glands located near the anus. The spray can be effectively aimed at targets up to 15 feet away and allows the skunks to get away while the predator is distracted by the putrid spray.