What is a nonnative animal species?

Nonnative species are animals living outside captivity that did not historically occur in Florida. Most are introduced species, meaning they have been brought to Florida by humans.  A few of Florida's nonnatives arrived by natural range expansions, like cattle egrets which are native to Africa and Asia but flew across the Atlantic Ocean and arrived in Florida in the 1950s. Several common nonnative species, like coyotes, armadillos and red foxes, were not only introduced by humans but also spread into Florida by natural range expansions.

How do nonnative species get here?

The most common pathway by which exotic fish and wildlife species find their way into Florida's habitats is through escape or release by pet owners. Currently we are dealing with Burmese pythons in the Everglades. These large snakes can prey on native wildlife as well as pets like dogs and cats. Nile monitor lizards in Cape Coral pose a threat to the Florida burrowing owl, which is a protected species. Gambian pouched rats are reproducing on Grassy Key. If these large rats find a way to the mainland, they may cause damage to agricultural crops and spread diseases to people. Monk parakeets build large colonial nests that can damage electrical power poles and cause power outages. Cuban treefrogs outcompete native treefrogs for food, and eat smaller species of native frogs. These are just a few of the many examples of nonnative species that have escaped or been released from their owners. 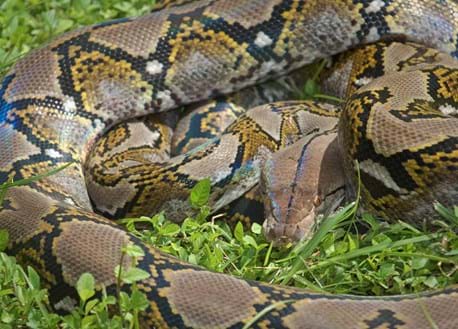 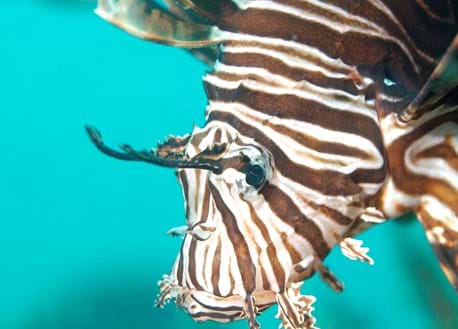 What is an invasive species?

A nonnative species could become invasive soon after becoming established, like the Cuban tree frog. It was introduced in 1931 through packing materials, has invaded Florida's natural areas, and preys on our native tree frogs. Cuban tree frogs rapidly spread in south Florida and were common throughout most of the state by the 1970s. On the other hand, it might take years for the right factors to fall into place to allow a species to expand its range and cause ecological problems. For example, green iguanas have resided in Florida since the 1960s, but their population has increased greatly since Hurricane Andrew in 1992.  Although green iguanas have not had ecological impacts, this Central and South American lizard causes significant economic damage to landscape plants, primarily in Miami-Dade and Broward counties.  On Florida's west coast, black spinytail iguanas have reached such abundance that many residents view them as a nuisance, and the town of Boca Grande has considered hiring trappers to remove them. Some invasive animals do not cause problems in all areas. The nutria, a large rodent from South America, lives in warm, marshy areas. It is abundant in the lowlands of Louisiana and Mississippi, but Florida populations have not been very successful even though Florida has similar habitats to other Gulf Coast states.

How you can help: learn before you buy

Before buying an exotic pet, ask yourself: 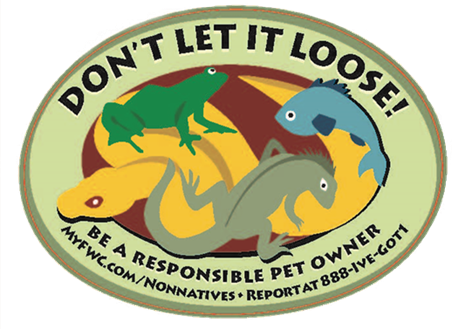 How you can help: don't let it loose

If you can’t care for an exotic pet anymore, don’t set it free - that’s illegal, and your pet will likely die without care from you.