Inside Look at Prescribed Fire 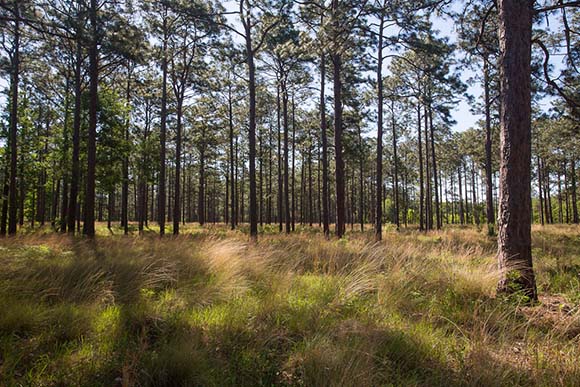 How FWC Conducts a Burn

Planning for a prescribed burn starts months in advance when FWC’s wildlife biologists and land man­agers identify areas that will benefit from prescribed fire. Each area, or burn unit, has a specific detailed plan or prescription that describes the burn area, preferred weather conditions, per­sonnel and equipment needs, emergency contacts and specifics neces­sary to conduct a safe and effective burn. When the weather conditions are appropriate, FWC will obtain a burn authorization from the Florida Forest Service before initiating the prescribed burn.

Different techniques are used depending on the location and size of the area to be burned. A small burn can be conducted using hand-held drip torches. When drip torches are lit and inverted they drop spots of fire within a burn unit. An ATV or truck-mounted torch is used in larger or less accessible units. To traverse wetter areas, torches are commonly mounted onto swamp buggies and airboats. Sometimes, due to a burn unit’s large size, aerial burning using an Aerial Ignition Device mounted on a helicopter is the best option.

When FWC conducts a burn

How often a burn is conducted on a particular site varies by type of natural commu­nity and historical fire frequency.  Similar to burning during different seasons, varying the burn interval (time between burns) provides a great mix of food and cover for wildlife. For example, a burn interval for pine flatwoods could be every 18 months to four years and a sandhill every 18 months to three years.

When conducting a prescribed burn, FWC makes every effort to minimize impacts to the public. You might see smoke plumes travelling high into the air, where they quickly dissipate. It is normal for the area around a burn to smell smoky for a day or two.  You also may see ash during and after a burn. Although ash is annoying, it is not dangerous and is easily washed away with a hose.