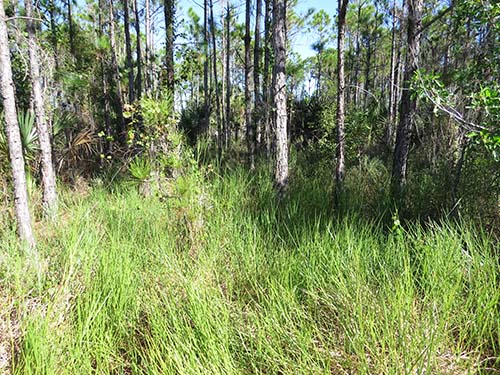 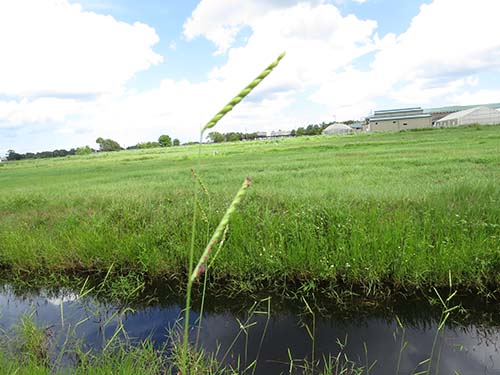 Creeping signalgrass, also commonly referred to as koronivia grass, is a warm season perennial grass native to Africa. Four accessions of creeping signalgrass were introduced into the USA from Swaziland and South Africa between 1964 and 1971. In Florida, the grass was tested for its forage value at several locations as recently as 1998.

In 2014, creeping signalgrass was observed reaching high densities in disturbed areas near Fort Pierce and Ona, Florida, and encroaching on natural areas. It has also been observed in the Corkscrew Regional Ecosystem Watershed. These observations suggest that creeping signalgrass may have the potential to become invasive in Florida. The purpose of this weed alert is to inform land managers about the presence of creeping signalgrass, and to ask for assistance in locating new infestations.

Creeping signalgrass grows vigorously from May to October, and flowers continuously during this period. In the cooler months, growth slows and it is reportedly sensitive to freezes. It tends to grow in nearly monospecific patches, with a thick layer of thatch accumulating under the grass. Studies in Brazil demonstrated its ability to displace native species, and it is also considered invasive in Australia. The UF/IFAS Assessment of Non-native Plants in Florida’s Natural Areas has rated creeping signalgrass as having a high risk for becoming invasive in Florida.