As the use of histology to evaluate reproductive condition in fishes has grown, so too have the number of histological classification schemes and the terminology used with them. Although there are several terms which are frequently used, the same term can often mean different things to different scientists. In addition, developmental stages are often referred to by number, but these numbers signify different classes depending on the classification scheme being used. In an effort to allow better communication and comparison of different species' reproductive strategies, a group of international scientists worked to develop a standardized terminology for describing reproductive development (Brown-Peterson et al. 2011). The table below demonstrates the use of this terminology and key histological indicators for red snapper. More examples are available in the Reef Fish Reproduction and Histology Flickr set. 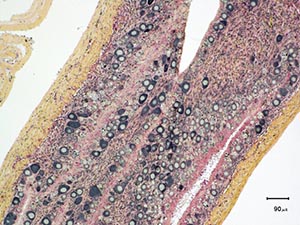 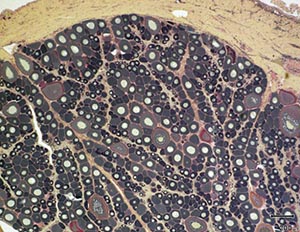 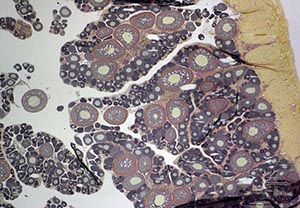 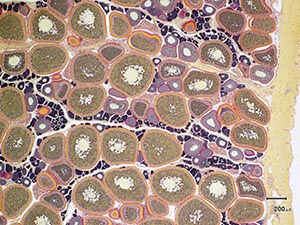 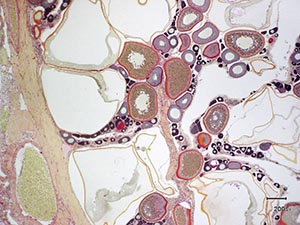 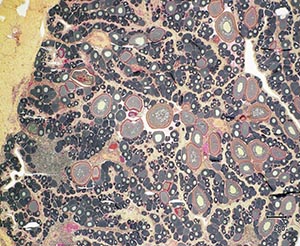 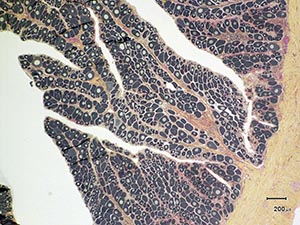