With angler assistance, biologists will gather information about the Atlantic red snapper fishery during the 2019 season on the Atlantic coast of Florida. 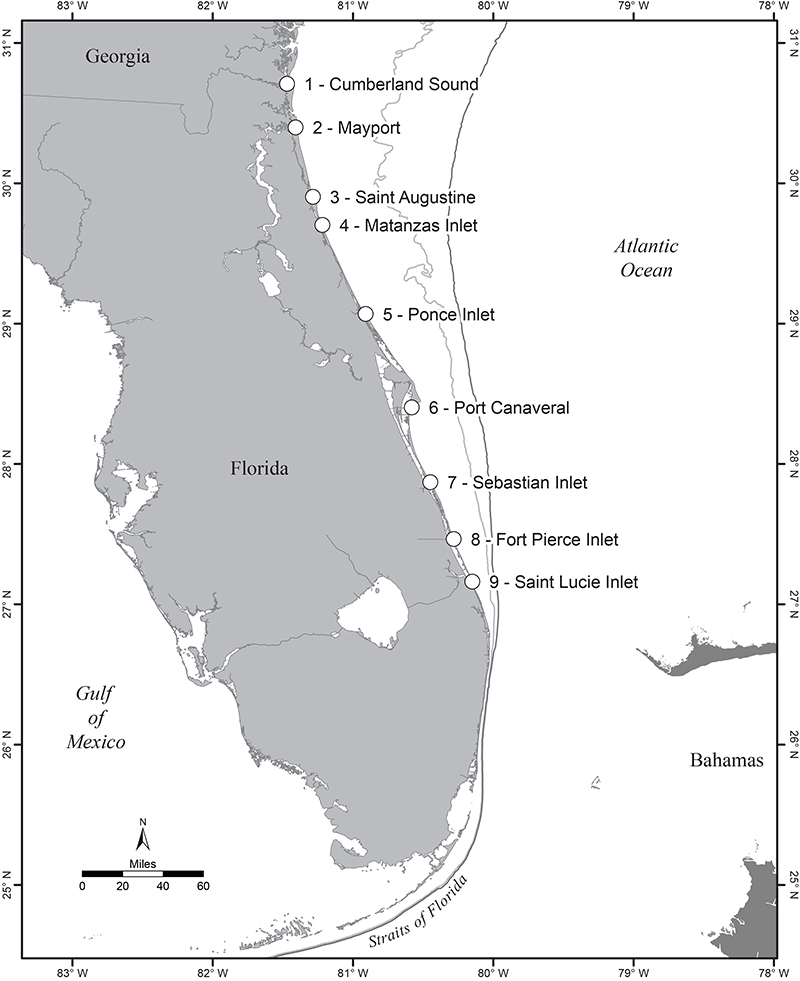 A recreational harvest season for red snapper in the South Atlantic was approved for 2019. This season opening was an opportunity for FWC to collect important data from harvested fish that is needed for future population assessments. FWC biologists surveyed anglers and took biological samples during the 2019 recreational red snapper fishing season. Participation in these surveys is voluntary, though anglers were encouraged to take part in the surveys if approached by an FWC biologist.

During the 2019 Atlantic red snapper season, FWC collected data from recreational anglers returning from fishing trips near 9 inlets on the east coast of Florida:

Private Boat Anglers
Biologists monitored vessel activity through each inlet and conduct surveys with anglers as they return from fishing. Biologists also asked for permission to weigh and measure harvested fish, and asked to collect a sample from red snapper that will be used to determine their ages. These surveys are used to determine how many boats participated in the red snapper season, the numbers of red snapper harvested, and important biological information that will be used in future population assessments.

Charter Boats
Charter boat operators with a federal permit to harvest snapper in the South Atlantic were asked to keep a log of their trips and report their red snapper catch to FWC. Biologists contacted vessel operators by phone to collect the information, unless captains chose to mail the log. Biologists also met some charter vessels as they returned from trips to collect biological information from harvested fish.

Headboats
Headboats are already required to report all fishing activity to National Marine Fisheries Service and are not surveyed by FWC during the red snapper season. Anglers returning from a headboat fishing trip may have been asked for permission by a state or federal biologist to collect samples from harvested fish.

We appreciate all the anglers and captains who take time to participate in surveys and allow biologists to sample their catch. The red snapper sampling effort on the east coast of Florida is a great example of scientists and fishermen working together to collect high-quality data needed to manage Florida’s fisheries.