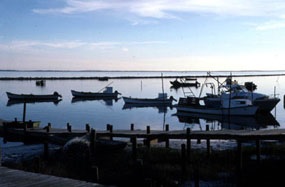 Commercial fisheries include any species that are harvested and sold for human consumption, for medical use, in aquarium or souvenir trades, or for any other for-profit purpose. The state of Florida collects data from commercial harvesters and dealers to generate statistics on the types of species and quantities landed, as well as the size, weight and age distribution of harvested species.

Summarized landings data can be downloaded in spreadsheet form from this site using our customized commercial landings query application.

Before downloading landings data from this website, please note the following:

The status of each annual landings category is indicated as either finalized or preliminary. Commercial landings with a status of preliminary are incomplete and will be updated as information is received. Landings listed as final are subject to revision. Revisions will be posted when available.

Whole Weight Conversion Factors
Landings summaries are in pounds of whole weight with the exception of sponges, which are in "pieces"; stone crabs, which are in claw weight; and clams and oysters, which are in meat weight. However, some species are sold in quantities other than pounds whole weight. For example, clams are sold by the piece or by the gallon; tuna and swordfish are gutted and headed; snappers and groupers are gutted; and spiny lobsters may be tailed. The conversion factor is the number that is multiplied by the quantity in whatever units landed to produce the pounds of whole weight.