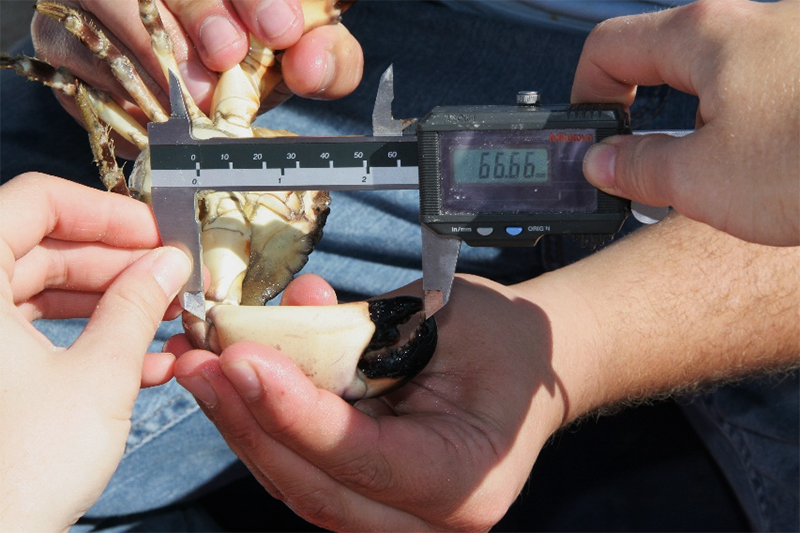 The stone crab trapping program began in 1988 with sampling in the Tampa Bay area. Since then, the project has been expanded to include southwest Florida in 2005 and northwest Florida in 2006.  This sampling continues today and includes three sampling sites in the Florida Keys, as well as sampling sites in Everglades City, Marco Island, Sanibel Island, Homosassa, Cedar Key, and Steinhatchee Florida (previous sampling was also conducted in St. Marks and at an additional site in the Keys). Each sampling site is made up of four trap lines containing five traps each, totaling 20 traps at each location.  The traps are serviced every other week and trapping is conducted year-round, not just during the stone crab fishing season (October 15 – May 15).

Researchers with the Fish and Wildlife Research Institute (FWRI) travel to these trap lines with contracted commercial captains or on FWC vessels. At each location, the standard, plastic stone crab traps are baited with fish (usually mullet). When each trap is serviced, the captured stone crabs are measured and checked for sex, reproductive state, molt condition, regeneration status of claws, then the live crabs are released back into the water. Bottom-water temperature, salinity, and dissolved oxygen are also recorded, as are bycatch (any animals in the trap besides stone crabs) and trap condition (i.e., open or closed, intact wooden slat, broken trap). 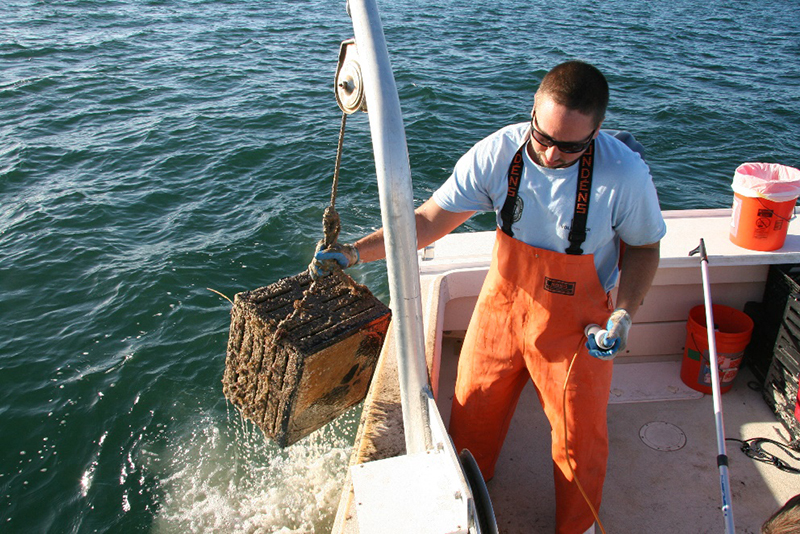 Every four weeks researchers clean the traps by scraping off accumulated organisms, such as barnacles and algae. This fouling community is the perfect habitat for juvenile stone crabs, so scientists take this opportunity to count the number of juveniles per trap.  Data collected during these projects are providing new insights into the population biology of the stone crab and the stone crab fishery. Information such as changes in catch rates, shifts in sex ratios, and correlation between juvenile and adult abundances may help FWC better manage these species in the future.