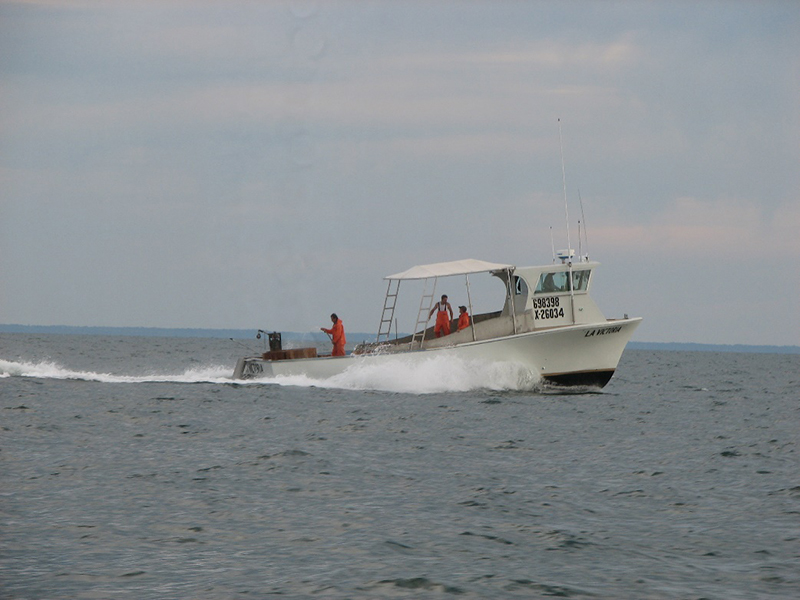 The stone crab fishery is unique in that only the claws are harvested and the crabs are returned to the water. However, a drawback to this method is that no data about crab populations (such as crab sizes, sex ratio, growth rates, etc.) can be obtained from just the claws. This information is critical for assessing the status of the stone crab population. To address this issue, the Fish and Wildlife Research Institute (FWRI) developed of a long-term, trap-based, fishery-independent monitoring (FIM) program to better understand the factors that control annual and local fluctuations in the stone crab catch. The FIM program was implemented in southwest Florida in 2005 and subsequently northwest Florida in 2006, building upon the Tampa Bay monitoring already in place. While the FIM program has provided invaluable data regarding stone crab populations at each of our sample sites, we wanted to determine if FIM catch was similar to commercial fishery catch.  Thus, we implemented a fishery-dependent monitoring (FDM) project aiming to calibrate our data to the commercial fishery.

At the beginning of the 2017 stone crab season, FWRI began conducting ride-alongs with commercial fishing captains, ranging from Taylor to Monroe County along the Gulf coast of Florida. For each ride-along, two FWRI researchers work up a portion of the commercial captain’s traps, measuring each crab and noting the sex, reproductive stage, and molt condition. Condition of the trap and presence of any bycatch (any animals in the trap besides stone crabs) are also recorded.  In a single day, a typical commercial stone crab vessel pulls 500 to 1,000 traps. Two FWRI researchers can work up 10-20% of these traps.

If you are interested in participating in our Commercial Ride-Alongs, please email Charles Crawford or contact via phone at 727-896-8626.