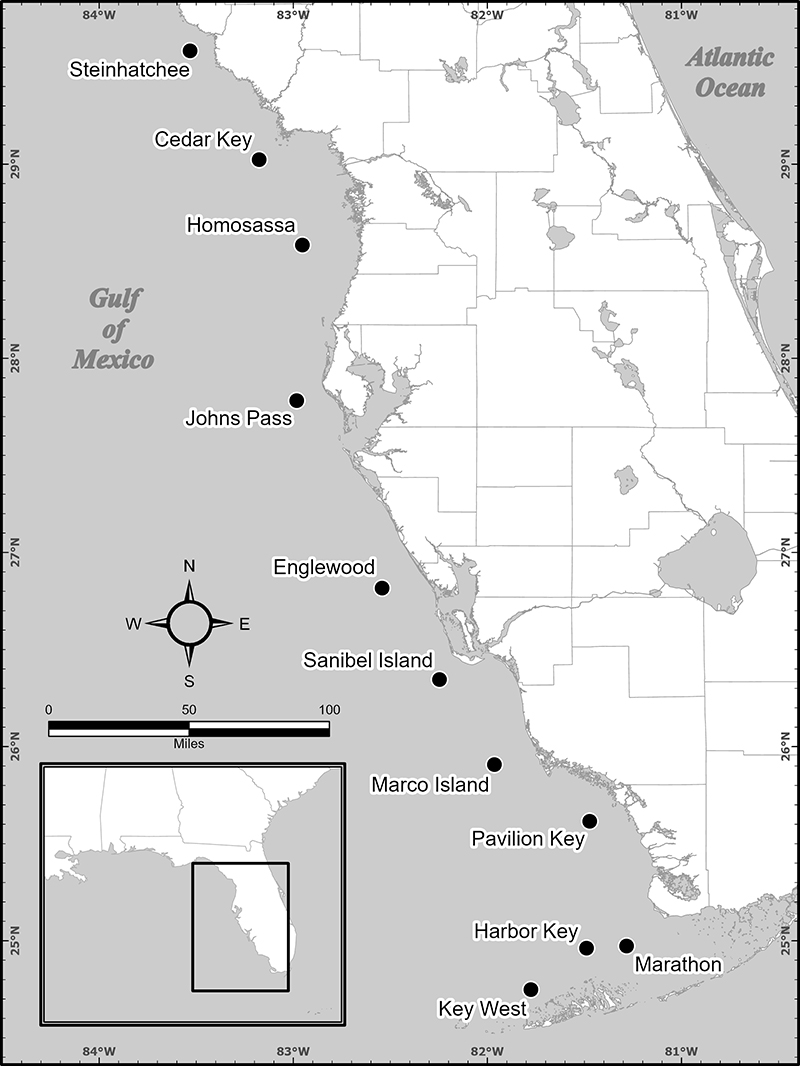 The stone crab fishery is unique in that only the claws of the animal are harvested. The drawback of harvesting only the claws is biologists cannot obtain data about the crab population, including crab size, sex ratio or growth rate. This information is critical for assessing the status of the Florida stone crab population. The Fish and Wildlife Research Institute (FWRI), with funding from the Florida Legislature, is conducting a long-term, trap-based monitoring program to better understand the factors that control annual and local fluctuations in stone crab catch.

Researchers service the traps every two weeks by counting the catch, determining each crab’s sex and assessing individuals for injuries. They also take measurements for carapace width and claw length, and determine whether claws are original or regenerated. Additionally, during each sampling event, FWRI staff measures bottom-water temperature, salinity, conductivity and dissolved oxygen at each station. Each month, the traps are scraped and cleaned of any fouling organisms such as barnacles, algae, hydroids, tunicates and bryozoans. Juveniles stone crabs that have settled on the outside of the traps are also counted.

Please note - Every attempt is made to sample 20 traps, twice per month. However, this is not always possible. The tables indicate when only one sampling event was possible.

Data from previous year's fishing season can also be viewed in the following tables.

*All data is preliminary and subject to change - not for redistribution.