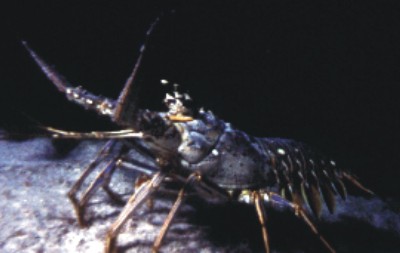 During the late summer months, Florida Keys residents usually enjoy a reprieve from the typical, continuous deluge of visitors. The hotels lower their rates; residents leave the Keys for vacations of their own, and the buzz of mosquitoes can be heard in the night air. However, on the last consecutive Wednesday and Thursday in July, all of this laid-back Keys quiet time suddenly changes. These two days are perhaps the busiest boating days of the year in Monroe County. It is the time of the Special Two-Day Lobster Sport Season.

The Special Two-Day Sport Season draws snorklers and divers from all walks of life to South Florida, but primarily to the Keys, to fish for spiny lobster. The influx of visitors to the Keys is reminiscent of the great land rush by American Pioneers scrambling to settle the old west. Recreational lobster divers are not much different, except they arrive in SUVs, towing boats, not prairie schooners. Scientists Rod Bertelsen and Bill Sharp from the South Florida Regional Laboratory are responsible for monitoring the recreational lobster fishery in Florida that includes the Special Two-Day season and the regular lobster season (August 6 through March 31). They have developed a system using information gathered during saltwater fishing license purchases and through the sale of lobster licenses, both of which are required to recreationally fish for lobsters. The recreational lobster survey, conducted each fishing season, begins by randomly selecting 5,000 individuals who purchased lobster licenses. Each person selected is then mailed a survey to the address they listed when they purchased their license. The survey asks an assortment of questions to assess the regions of the State fished, number of people fishing with the surveyed person, satisfaction of fishing experience, individual and group fishing success and overall impression of the lobster season. Since the inception of the recreational survey in 1991, Bertelsen and Sharp have consistently had over 60% of those surveyed respond. Those responding to the survey provide a critical link to assist in the management of this fishery and their efforts are very much appreciated. The following is the summary of information collected from the nearly 2,000 respondents about the Special Two-Day Sport Season and the first month of the regular season for the 1999-2000 fishing season.

The recreational lobster harvest provides an opportunity for everyone with a license to join the excitement in pursuing these tasty crustaceans. Although there is a multitude of fishers who travel to the Keys and South Florida towing expensive boats and staying in comfortable hotels, there are just as many families who are traveling on a shoestring budget and snorkling from a 14' jon boat they carry on the roof of their car. The challenge of lobster fishery managers is to balance the enthusiasm of the recreational effort and the intense commercial pressure on lobsters from professional fishermen with the even greater importance of protecting and managing the unique ecosystems of South Florida and the Keys. Finding and maintaining this balance in the steadily and rapidly growing coastal communities of South Florida is a delicate process. Scientists at FMRI are dedicated in developing sound scientific information to effectively manage the Spiny Lobster fishery.