In 2015, FWRI and the University of Florida launched a citizen science initiative which trained volunteers to assist biologists in surveying, tagging and resighting Florida’s nesting horseshoe crab populations using a standardized scientific protocol.  The program has been so successful that FWC is expanding our efforts to a statewide level.

Survey results are published seasonally and include the number of animals sighted, tagged and resighted in a given area. View a sample of the program information and data gathered in the Cedar Key area from 2017.

If you are interested in assisting with surveys going on in your area, or would like to suggest a location for inclusion into the program, contact:

Overview of the sampling procedure 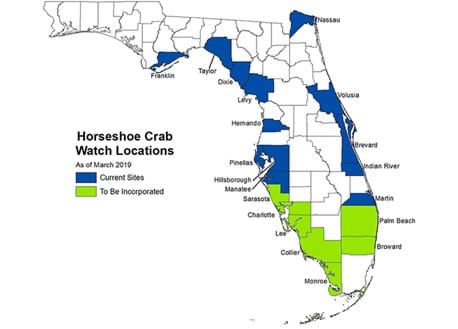 Active and future Florida Horseshoe Crab Watch survey locations. Each county has one or more volunteer coordinators and may survey multiple beaches. We currently survey and tag horseshoe crabs at 34 beaches throughout Florida. 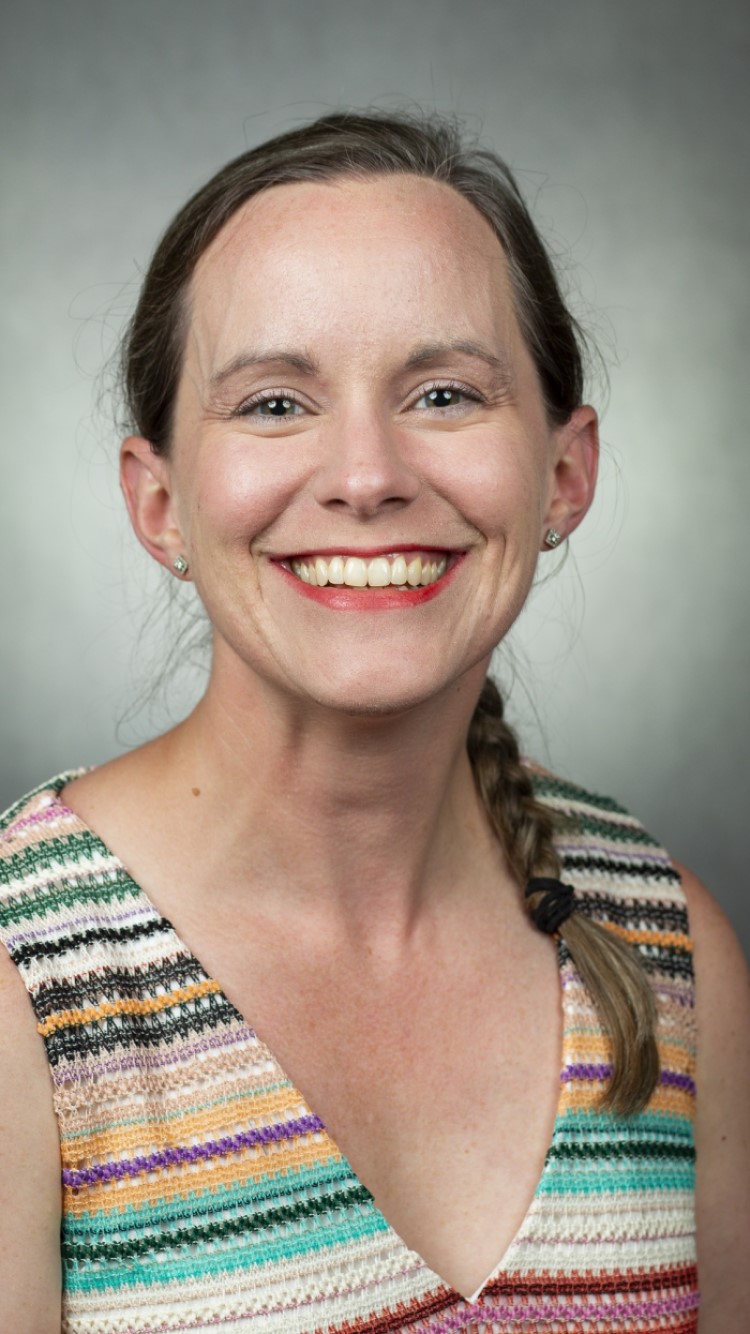 Holly Abeels, M.S. received her Bachelor of Science Degree in Marine Biology from Southampton College of Long Island University in 2002. After graduating, she worked at the University of New Hampshire (UNH) in a benthic ecology lab. There she worked on oyster reef restoration projects and taxonomy of organisms in benthic sediments collected under offshore fish cages. She left UNH in 2007 to pursue her Master of Science Degree in Environmental Science from Florida Gulf Coast University where she graduated in 2009. She has worked for the University of Florida IFAS Extension program in Brevard County since 2010 as a Florida Sea Grant Extension Agent. As an extension agent, she brings science-based information to the community in areas of natural resources, sustainability, climate change, and water quality and conservation.

To contact holly about Florida Horseshoe Crab Watch email her at: 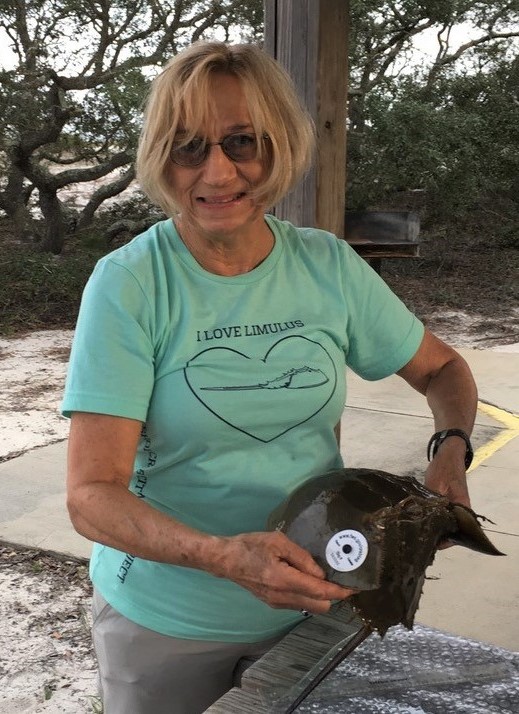 Rosalyn Kilcollins is the Horseshoe Crab Watch Coordinator for the Bald Point State Park, which had 2 sites. She has a BS in biology and MS Geography from FSU. She completed all but a thesis toward earning an MS in Secondary Science Education from FAMU/FSU.

Rosalyn is semi-retired. She is a a Certified Lead Instructor for Florida Master Naturalist Program and does part-time consulting offering training, education and facilitation regarding coastal community resilience and climate adaptation, ecosystem studies and restoration. Prior to retiring, Rosalyn was the Coastal Training Program Coordinator at the Apalachicola National Estuarine Research Reserve for 10 ½ years. The program provides training and technical assistance to decision-makers, including elected and appointed officials, planners, engineers, consultants, non-profit organizations and associations, ecotour operators, and others. Topics include growth and land use issues, watershed planning and stormwater management, coastal hazards; climate science and adaptation planning, community resilience, ecosystem studies and ecotourism, ecological restoration, living shorelines and sustainable practices. She previously worked for the Florida Coastal Management Program for 10 years as a planner and environmental specialist.

Rosalyn has served as President or Chair of several organizations including the Florida Marine Science Educators Association, State Committee on Environmental Education, Big Bend Sierra Club and Magnolia Chapter of the Florida Native Plant Society. She has worked on several statewide and regional conferences for these organizations and also the Southeast Chapter of the Society for Ecological Restoration and Florida Association of Environmental Professionals.

She can be reached at: 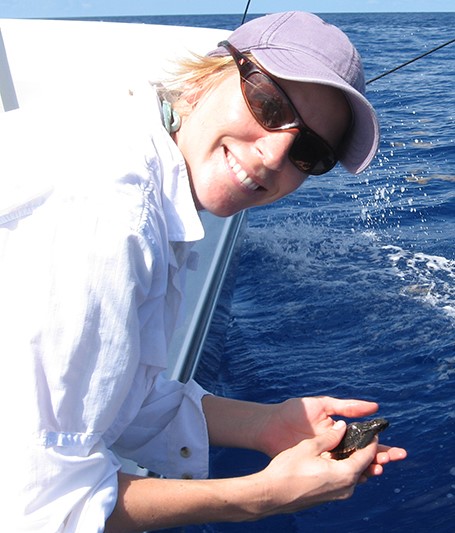 As a Marine Scientist and Owner/Director of Operations of an award-winning ecotourism business, Holly Rolls, Ph.D. has been recognized for her ability to generate substantial positive impact on the coastal resources of Florida and beyond. Holly has a strong background in marine research and environmental tourism development that promotes the sustainable use and management of marine resources. She is well-versed in collaborative project design among public and private-sector contingents and has organized several successful initiatives that promote marine research and coastal sustainability. Holly is an effective, award-winning communicator of science and stewardship to audiences of all ages and backgrounds. She has proven expertise in writing successful funding proposals and technical reports as well as designing outreach materials tailored to a broader audience. 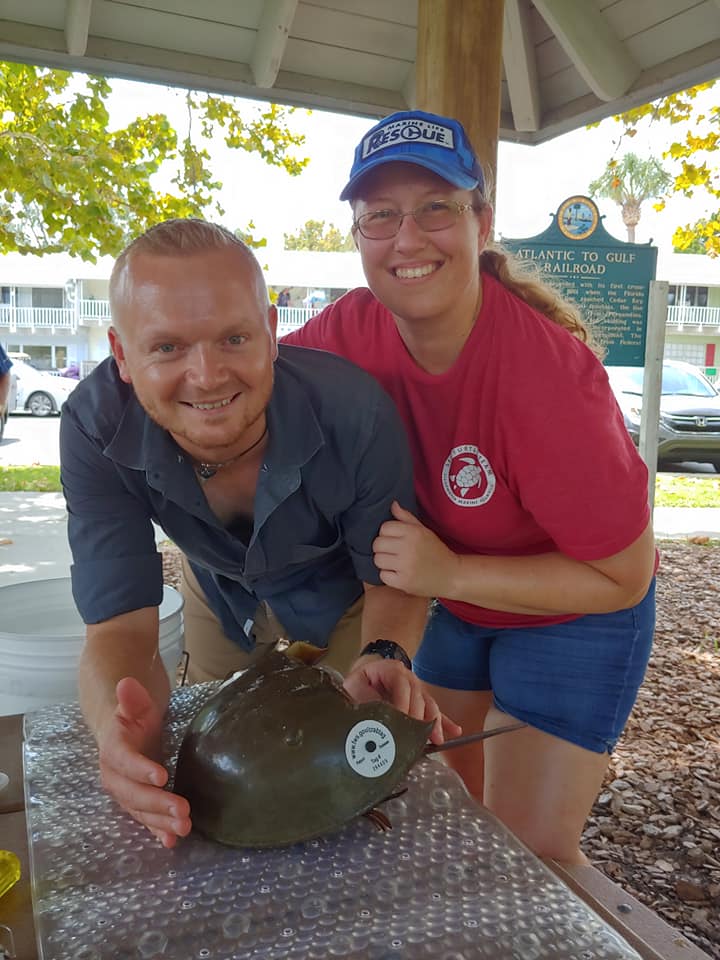 Ryan Jones and Maddie Hightower joined the Florida Horseshoe Crab Watch team in 2019. They attended a workshop in Cedar Key, and it was limulus love at first sight! Since then, they have helped take point on establishing the program in their home county of Pinellas.

As a Florida native, professional captain, and student of environmental science, Ryan has spent his whole life around Florida wildlife and the ocean. He is thrilled to have the opportunity to be hands-on with the FHCW and to share his passion for biology. Maddie is a longtime employee at Clearwater Marine Aquarium, where she shares her love of marine life and conservation with visitors and teammates alike. An organizational nerd at heart, she also loves the administrative side of helping to coordinate the FHCW team.

When they aren't tagging crabs, Maddie and Ryan enjoy reading, playing with their two dogs, and debating which fandom is better: Harry Potter or Star Trek.

They can be reached at:

If you don't see your county listed and are interested in becoming a site coordinator contact Berlynna Heres at berlynna.heres@myfwc.com.