Coral Rescues: Staying Ahead of the Disease 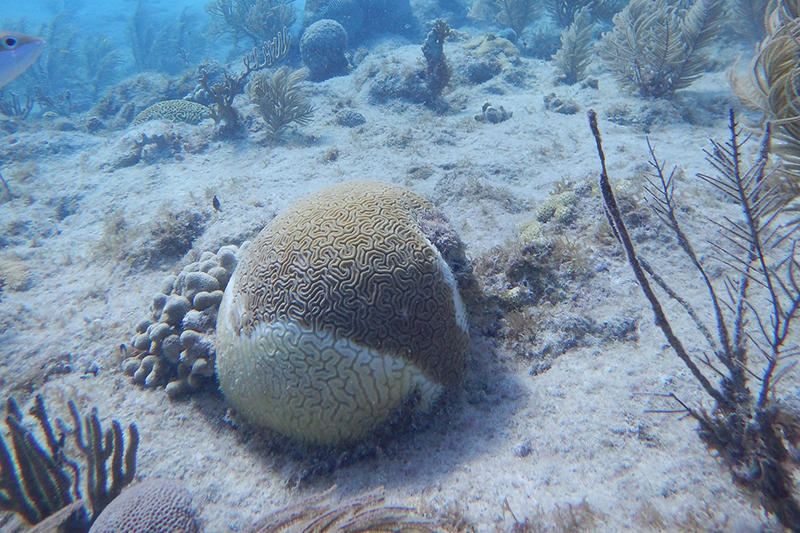 Beginning in 2014, an unprecedented coral disease event has ravaged Florida’s reefs causing mortality in at least 23 coral species. The disease, known as Stony Coral Tissue Loss Disease (SCTLD), began near Miami, Florida and has since spread through the northern extent of the Florida Reef Tract in Martin County and down through the Florida Keys and Key West. Due to the rapid spread of the disease FWC and partners made the unprecedented decision to remove healthy corals from the wild ahead of the disease front to conserve and protect the genetic diversity of Caribbean coral species. FWRI scientists began removing colonies of the most susceptible species from reef sites and storing them in land-based facilities until the conditions on the reef improves to allow for outplanting and restoration.

The pilot coral rescue effort was conducted over three days in September 2018 when 102 colonies were collected from three reef sites and corals were maintained in tanks at Keys Marine Lab in Layton, Florida. Since then 422 corals from 15 species have been rescued from a diverse range of habitats. To care for these corals long-term, assistance from facilities accredited by the Association of Zoos and Aquariums (AZA) has been arranged and corals are shipped via air cargo to research facilities and aquariums around the country. To date, eight facilities have received corals and up to 11 more have agreed to accept and care for corals over the next two years.

To accelerate the collection and rescue of corals ahead of the disease margin, coral rescue cruises into the Marquesas Keys are being conducted with the capacity to collect up to 450 corals. Corals are collected and then maintained on large water filled bins until delivery to holding facilities at the University of Miami and Nova Southeastern University. Corals will be shipped to other AZA facilities over the next few months while other cruises take place until 3,000 corals have been rescued and secured in long-term care facilities. Genetic samples are taken from each coral to develop genetic markers to allow for genotyping each rescued coral and each coral will be tracked individually to inform restoration. Corals will be part of captive breeding programs to help increase the genetic diversity of corals from Florida and increase the number of corals available for future outplantings on the Florida Reef Tract.