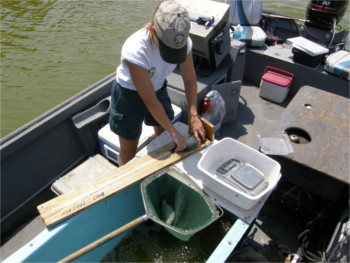 Freshwater fisheries biologists with the Fish and Wildlife Research Institute (FWRI) have many tools to assess sport fish populations. They can count the number of fish they collect in a sample to learn how many fish are in the lake, and they can count the rings of ear bones (called otoliths), much like the rings of a tree, to learn how old the fish are and how fast they grew. What do biologists use to determine a fish’s overall health? Often the first step in assessing health is calculating something biologists call condition. Condition is measured using the length and weight of the fish. Biologist can compare these values with other fish to determine if it has relatively good or poor condition. Basically, condition tells a biologist if a fish is fat, skinny or average for its length. Differences in condition among sizes or ages of fish can provide important clues about what may be happening within the population. For example, if condition is good for smaller, younger fish, but goes down for larger, older fish, there may be a problem with the amount of larger prey items in the lake. Biologists can then direct their efforts to learning more about the food availability in the water and take actions such as stocking bait fish species to improve the fish population.

One of the most common factors for measuring condition is relative weight. To find a relative weight, scientists first come up with a standard weight based on averages from thousands of measurements of fish collected throughout their geographic range. They then divide the actual weight of a fish by the standard value found from the averages and multiply it by 100.  Think of relative weight as a percent. A relative weight at or near 100 would be the normal weight for a fish of that length. Values over 100 indicate the fish is healthier than a typical fish of that size. A fish’s condition can change throughout the year, so this value should only be used as a general benchmark.

Biologists have used standard weight for decades, but these equations were primarily developed for popular sport fishes such as largemouth bass or bluegill. More recently, biologists have started developing standard weight equations for other species, including rare and geographically limited species. For example, FWC researchers recently helped to develop a standard weight equation for the Suwannee Bass (Micropterus notius) which has one of the smallest distributions of black bass species, only occurring in a handful of rivers in Florida and Georgia. Calculating condition is quite simple and allows biologists and anglers alike to quickly assess the condition of fish in a lake.

Which of these fish appears to be in better condition? 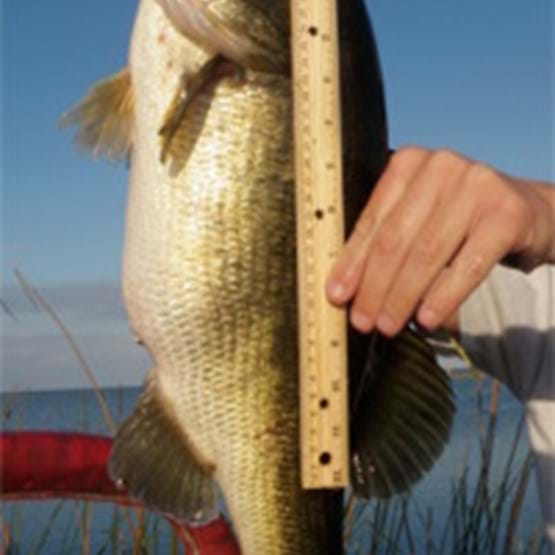 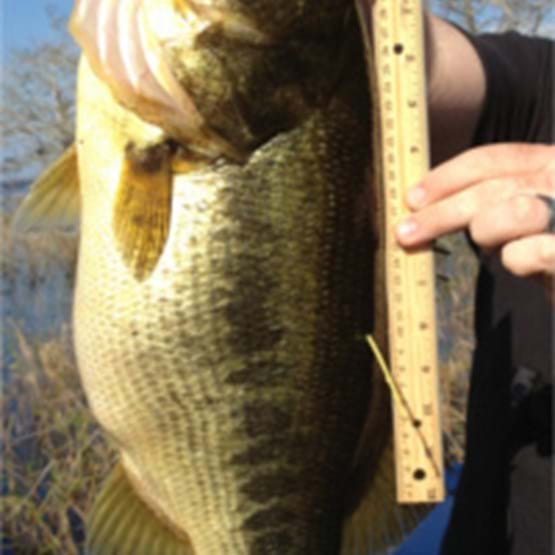 Although both of these fish are in good condition, Fish “B” is very plump for her size and is well over the 100 mark. She is definitely eating well!