Theodore Roosevelt was an avid hunter and outdoorsman. Before becoming president, he traveled west and expected to see large herds of "buffalo," American bison. What he saw instead was that, in large part, unbridled, wasteful killing had nearly decimated bison herds. He also was one of the last to see a passenger pigeon before it went extinct.

In 1901, Roosevelt became president, and these experiences helped shape his legacy. He realized that inaction could result in the extinction of many species. The president initiated federal laws regulating the bag and size limits of game and fish and established safe havens for wildlife.

He directed his concern for wildlife at Florida when "plume hunters," people who killed birds to supply feathers to decorate women's hats, nearly wiped out many of the state's bird species. He established the nation's first national wildlife refuge in Florida - Pelican Island National Wildlife Refuge - to protect nesting birds.

After his presidency, Roosevelt wrote, "The greatest good for the greatest number applies to the number within the womb of time, compared to which those now alive form but an insignificant fraction. Our duty to the whole, including the unborn generations, bids us restrain an unprincipled present-day minority from wasting the heritage of these unborn generations..."

In 1909, 90 million people lived in the United States. Now, at a population exceeding 300 million, what will happen to wildlife and its habitats over the next 100 years? 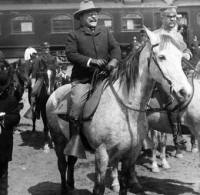 By the time Theodore Roosevelt left the presidency in 1909, he had set aside 230 million acres of protected land. He is known as the "conservation president." 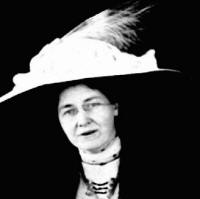 During the late 1800s and early 1900s, hundreds of thousands of birds were killed for their feathers to decorate women's hats.