What FWC is Doing 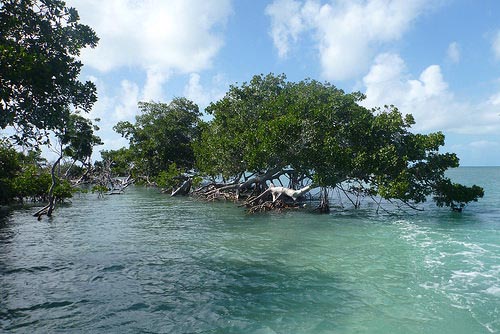 The mission of FWC's Climate Change Initiative is to:

Intrinsically integrate adaptation into everything we do so that healthy and abundant fish and wildlife will continue to provide valuable cultural, economic, and environmental benefits for the people of Florida.

Since the FWC began its work on climate change following a 2007 resolution signed by the Commission, the agency has conducted research and multiple climate change vulnerability assessments on Florida species and habitats.  The Climate Change Initiative has built on this science through strategic planning and adaptation projects funded by multiple sources and partnerships, including the State Wildlife Grants Program.  The "Guide to Climate Change Adaptation for Conservation," published in 2016, provides resources and information covering the FWC's past climate adaptation efforts and more.  The FWC has also offered trainings for staff and partners on climate-smart conservation and adaptation and currently coordinates a Climate Adaptation Internship Program.