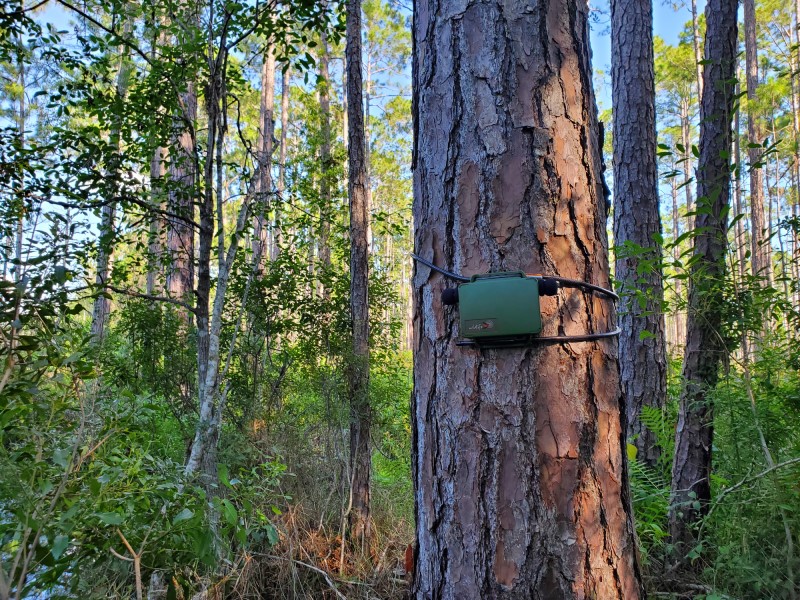 Carpenter frogs were last documented in Florida in 2011. The carpenter frog (Lithobates virgatipes) is a Species of Greatest Conservation Need (SGCN) in Florida, where it reaches the southern periphery of its geographic range. The species has only been documented from two counties (Baker and Columbia), both in the extreme north portion of the state. Most Florida records are from the 1970’s with observations mainly occurring on or along roads in Osceola National Forest and John M. Bethea State Forest. There is growing concern the species may be extirpated from the state, a range contraction that could be associated with a decline in habitat quality caused by a changing climate. We are clarifying the current status of carpenter frogs within Florida by surveying previously known carpenter frog localities and other potentially suitable habitat. If carpenter frogs are detected, we will quantify attributes of occupied habitat.

This project started in the spring of 2020. Learn more about our findings so far.