History of Mercury Testing in Florida

This article details the history of FWC's mercury-monitoring program and the development of consumption advisories for Florida fishes.

These findings led researches to believe that mercury contamination was a statewide problem that was not just limited to the Chipola River. Throughout the 1980s, further surveys of state waters indicated widespread contamination from as far south as the Florida Everglades to the Perdido River in the far western panhandle of Florida.  Scientists now know that fish from relatively pristine, seemingly pollution free water bodies can accumulate levels of mercury that can pose serious health risks to humans and wildlife that consume them.

The first fish consumption advisory issued by the Florida Department of Health (DOH) on March 6, 1989, focused on elevated mercury concentrations in fish from the Everglades water conservation areas. The first advisory for marine waters issued in 1991 urged individuals to limit their consumption of shark from all state waters

Results of the Florida Fish and Wildlife Conservation Commission's (FWC) mercury research programs prompted DOH to issue additional fish consumption advisories regarding mercury. Between 1989 and 1996, fifteen additional health advisory releases were issued by for fresh and marine water bodies throughout the state.  In January 2003, DOH issued a statewide advisory that urged limited consumption of largemouth bass from all state waters.  The change from individual listings to a statewide advisory reflected increased sampling that indicated widespread contamination in largemouth bass.  Specific listings by water body remained in effect for species other than largemouth bass.  Current advisories include separate lists for freshwater and marine waters, recommendations for additional species and locations sampled since 2003, and general advice for locations not yet sampled. 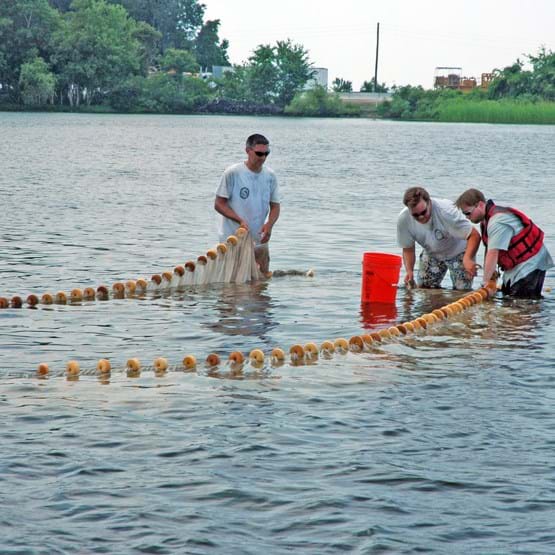 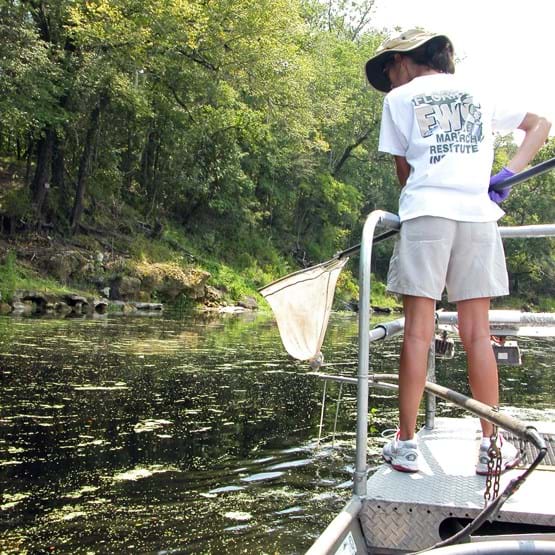 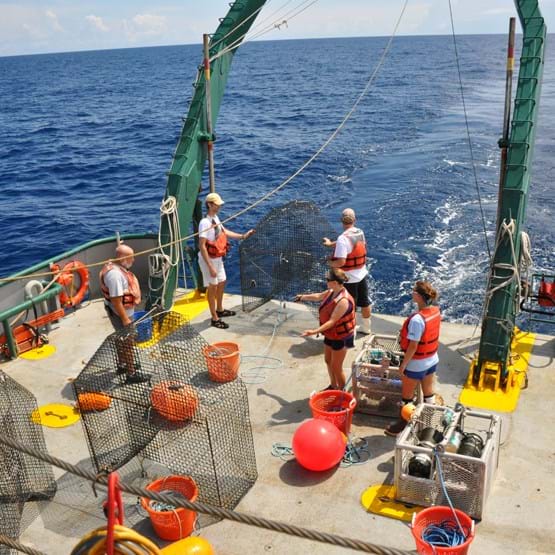 Fish are collected for health and mercury testing using a variety of gears.  One common technique is the use of haul seines in marine waters (left), hand dip net (center) and deep water trolling (right).