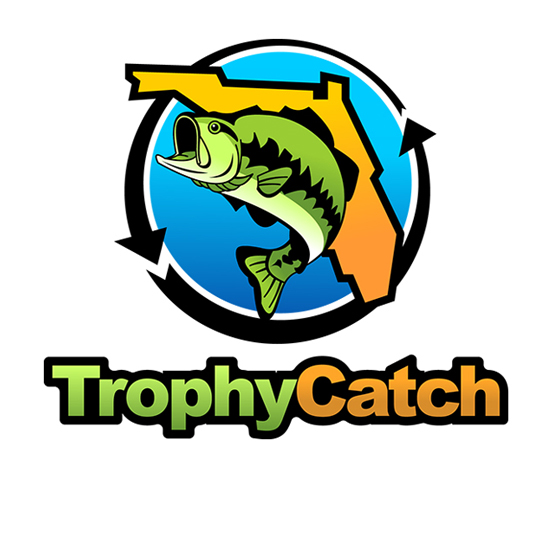 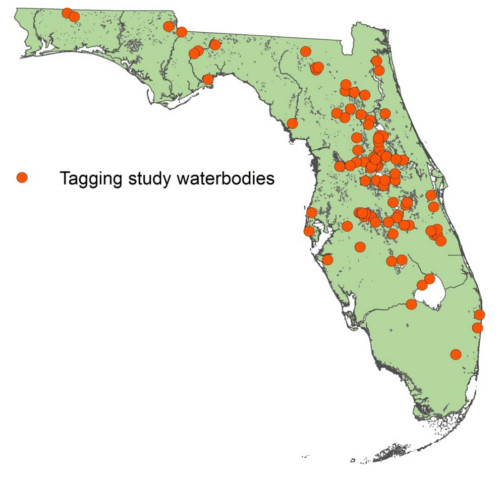 TrophyCatch is the Florida Fish and Wildlife Conservation Commission’s (FWC) citizen-science and conservation program for trophy bass in Florida. Anglers participate by photo-documenting catches of trophy bass and providing data (i.e., length, weight, location, and date) to receive prizes from the program’s sponsors. Before TrophyCatch launched in 2012, FWC’s Fish and Wildlife Research Institute (FWRI) researchers designed a tagging study to monitor its effects and performance. The trophy-bass tagging study started in 2011 and it has operated in tandem with TrophyCatch ever since. The objectives of the study have been to measure catch, harvest, and release rates in Florida’s trophy bass fishery at the state-wide level and measure TrophyCatch awareness and participation rates among anglers who have caught qualifying bass.

Since 2011, biologists from multiple divisions of FWC have worked to tag every bass 8 pounds or heavier that they sample during annual electrofishing surveys, which allows live-release of the bass. Each year, they have tagged between 136–195 trophy bass, and to date, the project has reached more than 115 public water bodies across Florida. The tags bear a unique ID code, a FWC telephone number, and a $100 reward for reporting catch of a tagged bass.

Since the trophy bass tagging study was designed to measure aspects of TrophyCatch performance and effects, researchers hope to operate the study in tandem with TrophyCatch, together monitoring Florida’s trophy bass fisheries over the long term. To register and get familiar with the submission procedures for TrophyCatch, please check out the website today. It’s a great way to get involved in science and conservation for trophy bass in Florida. If you happen to catch a tagged bass, clip the tag close to the bass’s body and retain the external end for record keeping. It has a unique identification code and telephone number (850-363-6037) for reporting your catch and collecting the tag-return reward.